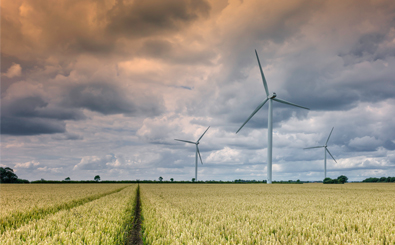 Anheuser-Busch InBev has announced that it is committed to securing 100 per cent of its purchased electricity from renewable sources by 2025.

The beer giant has said that the move will make it the largest corporate direct purchased of renewable electricity in the global consumer goods sector and will reduce its operational carbon footprint by 30 per cent.

“Climate change has profound implications for our company and for the communities where we live and work,” said AB InBev CEO Carlos Brito.

“Cutting back on fossil fuels is good for the environment and good for business, and we are committed to helping drive positive change. We have the opportunity to play a leading role in the battle against climate change by purchasing energy in a more sustainable way.”

The move will mean that a massive six terawatt-hours of electricity will be shifted to renewable sources, helping to transform the energy industry in some of the countries AB-InBev operates in such as Argentina, Brazil, India and South Africa.

This increased renewable electricity generation – which is the amount of energy produced in one year by solar panels covering the area of more than 400 soccer pitches – will support efforts to achieve climate targets under the 2015 Paris Climate Conference (COP21) agreements.

This switch will have the same positive effect as removing nearly 500,000 cars from the road. AB InBev also said that this renewable energy target demonstrates the brewer’s continued commitment to following a low carbon pathway, in line with the United Nations Sustainable Development Goals.

The company has also joined RE100, a global initiative of influential businesses that are all committed to using 100 per cent renewable electricity.