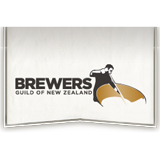 The Marlborough (NZ) District Council has revealed a proposal to ban single bottle sales of beer throughout the district, a move that the Brewer’s Guild of New Zealand has labelled “misguided”.

The proposal follows similar debates heard in Auckland and Rotorua, which are also considering single bottle beer bans as a “condition of an off-licence” – a move that has the potential to seriously damage off-licence sales of craft beer in those regions.

“Not only is this a blunt and crude way to try and deal with the issues, it will be to the detriment of consumer choice, sensible and moderate drinking habits, and a burgeoning entrepreneurial beer industry,” said Ralph Bungard, President of the Brewers’ Guild of New Zealand. “Many beers are only sold in single bottles, so this could have a severe impact for many brewers.”

“Banning single bottle beer sales has been suggested as a way to prevent young people accessing alcohol and to prevent drinking in alcohol ban areas, but imposing confusing, arbitrary definitions and unreasonable restrictions is not the way to tackle these issues. It is about retailer responsibility, personal (drinker) responsibility and proper enforcement of the laws”, Bungard said.

“The focus is completely round the wrong way. Rather than the regulators worrying about whether the beer has been purchased as a single bottle, or what type of beer it is, they should spend the energy enforcing retailer responsibility, alcohol ban areas and penalising the individuals who are in breach current alcohol laws. They have more powers to do this under the new Sale and Supply of Alcohol Act than ever before.”

The vast majority of people buying single bottles of beer are doing so to moderate their alcohol consumption or to experiment with new and exciting beer options. These law changes will target sensible, moderate drinking habits – the very habits that recent national law changes were aimed to encourage, Bungard concluded. “The Brewers’ Guild wants to see alcohol-related harm reduced as much as any member of their community, but this is not the right way to go about it”.