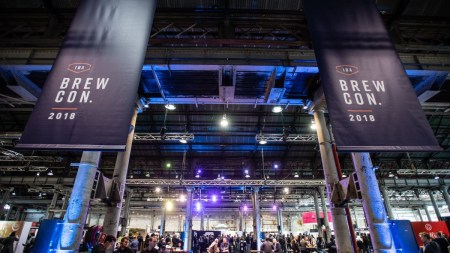 The Independent Brewers Association (IBA) has announced that tickets are now on sale for BrewCon 2019.

The 2019 edition of BrewCon – formerly known, until last year, as the Australian Craft Brewers Conference – will be held at the Melbourne Convention and Exhibition Centre (MCEC) from 4-6 September, following outings to Adelaide in 2017 and Sydney in 2018.

According to the IBA, “This year’s BrewCon promises to be bigger and better than ever, and will be held over three jam-packed days of presentations and product demonstrations.”

The exact program of speakers and industry guests at the conference will be announced over the coming weeks, but given the quality of speaker in previous years – including Charlie Bamforth, New Belgium’s Kim Jordan, and Dick Cantwell, just to name a few – rest assured there’ll be plenty to sink your brewing teeth into.

The conference concludes with the Independent Beer Awards of Australia (colloquially The Indies), a night where the industry gets together, beer in hand, to celebrate the independent beer industry.

Discounted tickets are available for IBA Members and for groups of five or more to both BrewCon and the Indies – more information here.