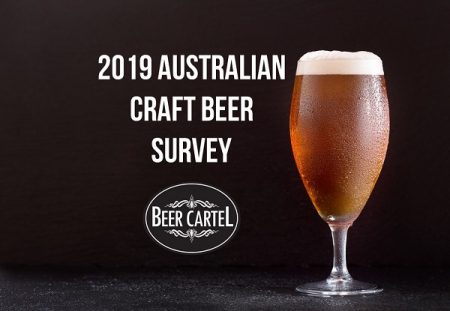 The survey is the largest publicly released study of its kind. Beer Cartel hope to build on the 2016, ’17 and ’18 versions of the study, which have seen over 40,000 total completions.

Richard Kelsey, Director of Beer Cartel, said while the study will measure changes in craft beer habits over the past year, it will be particularly interesting to see the impact of the Independent Brewers Association (IBA) seal of independence which was released in early 2018.

“From previous years we’ve seen a strong preference for beer produced by independently owned Australian breweries,” said Kelsey. “It will be fascinating to measure awareness of the independence seal since its release and understand the impact the seal has had on purchase habits.”

The importance of independence was highlighted in the results of last year’s survey, with 64% of respondents saying that they wanted to know who owned the beer they were drinking.

In addition. two thirds of drinkers aware of the buy-out of at least one of the three leading Australian craft breweries in 2017, and 56% of those aware having since reduced or stopped purchasing from those breweries.

The study will also assess consumer perceptions towards the trend of more new and limited release beers being continuously canned and bottled.

“What we are seeing within our business is a decline in consumption of core range beers,” Kelsey added. “It will be interesting to gauge consumer perception of this; do they see this as something good for the industry, or something which could threaten it?”

The results of the study will be made public to support growth of the Australian craft beer industry. In addition, Beer Cartel will offer businesses that promote the survey the opportunity to better understand their customer base, through their own tailored report.

The survey takes just five minutes to complete, and there’s a prize of $500 to spend on craft beer up for grabs for those who provide their opinions.

Click through here to complete the survey and have your say.