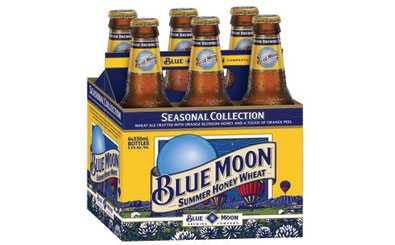 Blue Moon has launched its popular seasonal Summer Honey Wheat in Australia for the first time.

The filtered wheat ale (5.2% ABV) has subtle flavours of orange blossom honey and orange peel, which pair well with summer dishes like grilled chicken or pork with honey mustard sauce.

Summer Honey Wheat is the top-performing seasonal craft beer in the US and was also the first summer seasonal launched by Blue Moon Brewing Co. back in 1995 under the name Honey Blonde Ale.

The beer has won a swag of awards, including a gold medal in the Specialty Honey Lager or Ale category at the Great American Beer Festival (GABF) in 2006 under the name Blue Moon Honeymoon. The beer also won gold in the same category the following year, under the name Honeymoon Summer Ale.

Under the current name, it scooped a third GABF gold in 2010 and now has one of the highest seasonal sales volumes in the US, achieving 6.2 per cent growth in 2014*.

Blue Moon is part of the Molson Coors International portfolio and is distributed in Australia by Coca-Cola Amatil (CCA).