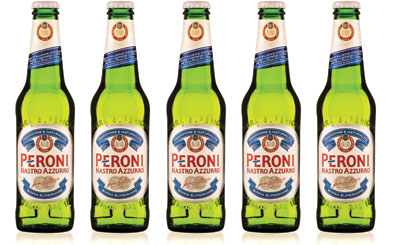 Thai Beverage has become the latest company to join the list of those expressing an interest in buying SABMiller’s Peroni and Grolsch brands. Thai Beverage used its Singapore-listed company Fraser and Neave (F&N) to make the bid.

The Thai company’s chief executive Thapana Sirivadhanabhakdi confirmed the non-binding bid on Monday, although he gave no details about the price his company had offered for the brands.

Thapana said that F&N would bring the two brands to sell in Southeast Asia, adding: “This will be an opportunity for us to increase international brands into our portfolio.”

In a statement F&N said: “The Company constantly evaluates and looks out for strategic opportunities to grow its business, and in this respect, it has expressed an interest to acquire the Peroni and Grolsch beer brands.

“However, the Company would like to emphasise that there is no certainty of any transaction materialising and it will make appropriate announcements if and when there are any material developments in this matter.”

A number of companies, including Asahi, are reported to be interested in buying Peroni and Grolsch. In December AB InBev confirmed that it would sell the brands after it completes its takeover of SABMiller.

Earlier this week the Australian Competition and Consumer Commission (ACCC) confirmed that it would be reviewing the takeover and its impact on the Australian market. Anyone interested in commenting on the deal should get their submissions to the ACCC by 15 February 2016.