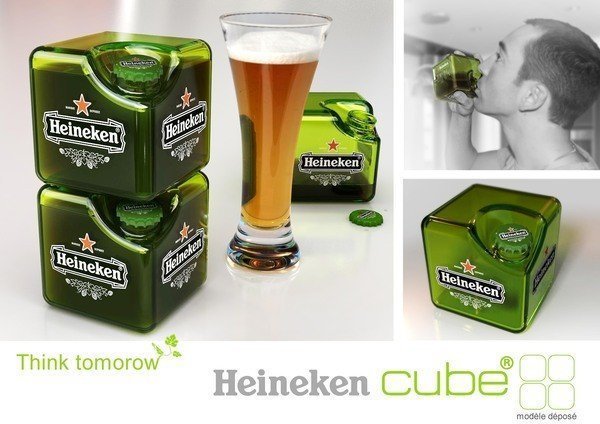 A cube of beer. If one French industrial designer, Petit Romain, has his way it will be the future of beer consumption.

While only a concept, it has a lot of punters up in arms over the potential for mashing one’s nose against the top of the ‘bottle’ while draining the dregs from the glass.

But as most beer drinkers know, beer is supposed to be drunk from a glass to allow the drinker to smell the product while consuming it. So that is that argument out of the way.

So what is its purpose?

According to a description on Romain’s website it is designed for maximum spatial optimisation in storage and transport for a more “economical and ecological” approach to drinking.

Perhaps. It would certainly pose an interesting solution to the issue of small pubs and restaurants claiming they don’t have the space to stock a range of beer that expands beyond mainstream Lager.

If nothing else it signifies that the beer industry is waking up the level of packaging innovation that has already been seen in the wine and spirits industries.