If you read Beer & Brewer then chances are you will have encountered a barrel aged beer in the past. In our Winter issue, Luke Robertson looked at the process of barrel aging beer and who is doing it well.

While barrels have been used in beer making for centuries, they were slowly phased out with the rise of stainless steel. However, a resurgence of oak has occurred in recent times, with the rise often attributed to Chicago’s Goose Island, who launched their first barrel aged beers in 1995.

More than 20 years later, Goose Island has just begun sending beer to Australia. And in those 20 years, barrels have become part of craft beer landscape. With local breweries putting almost any style you can think of into ex-wine, whisky, port, gin, and pretty much any other type of barrel you can think of.

One such brewery is Boatrocker. Matt Houghton founded Boatrocker Brewery in 2009. After five years as a contract brewer, he invested in 60 wine barrels. This was before he had even bought a brewery. Now, barrel aged beer is central to his business.

“They were $50 each and they gave me the stands as well. I’d always wanted to do barrel ageing and get it underway. I never thought it would expand to where we are now which is 300 barrels and growing.”

Houghton says the market is open to barrel aged beers but has found drinkers can be reluctant to spend more on lower ABV beers, such as his Mitte, a Berliner Weisse aged in Chardonnay barrels.

“There’s a reason why these beers cost as much as they do, and that’s because of the time that goes into these barrels in terms of labour and time spent waiting… with that comes a higher price.” 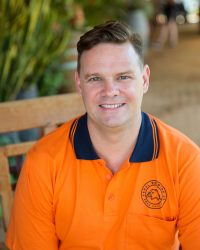 While barrel ageing is attracting interest from brewers and drinkers in Australia, it isn’t as easy as putting some beer into a barrel and hoping for the best. Brendan Varis from Feral Brewing in Western Australia has been barrel ageing beer since 2004. He admits his early experiments were absolute failures and ended up in the drain.

He says brewers are often tempted to put beer into barrels in the hope that the process will improve the beer, but with wood’s relatively short lifecycle and the cost involved in storing beer he doesn’t think it’s a great approach.

“If you’re going to throw a mistake into a barrel and hold it for six months, 12 months or 24 months, gee you’ve got pretty good confidence in your mistake.”

So what are the secrets to barrel ageing?

Most breweries with large barrel ageing programs blend their beer to achieve the optimum result. Houghton at Boatrocker says that every barrel is different and while you can manipulate what goes into the barrel, you can’t change what happens once it’s in there. While barrels can be from the same supplier, look the same and smell the same, what comes out at the end might be completely different between each one.

Varis agrees, especially when it comes to beers with souring bacteria and wild yeast.

“There’s no way in the world we have the skill and ability to give wild yeast time and temperature in a barrel for a period and have it spit out the flavour profile that we want.”

He says the skill in achieving that flavour profile and replicating it for future beers, rather than just running with whatever the result is.

And sometimes the result can be less than pleasing. Houghton explains that when they taste barrels anything with faults or unpleasant flavours are isolated and not put into any blends. He says doing so could potentially damage a lot of good beer.

For Topher Boehm, of Wildflower in Sydney, making beer is all about blending. While he doesn’t have his own brewhouse, he toils in his own barrel room, blending and tasting. He likens his approach to a winemaker and uses the barrel as an ageing device and a tool for creating different flavours to be melded together into a final product. 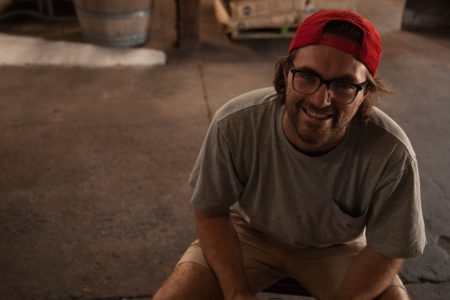 “During harvest, some winemakers will start multiple ferments, and the different ferments give different characteristics. Essentially using a barrel as an ageing device is like that.”

Each of his three core range beers are the result of careful blending and if he finds a great tasting barrel he says he would rather blend that into a great beer than release it as a one off or single barrel release.

Head Brewer at 3 Ravens Brewery in Melbourne, Brendan O’Sullivan, is a big fan of barrel ageing beer but like Varis, emphasises that the barrel shouldn’t be an afterthought or a quick fix for a problem. He says it needs to have a purpose.

“I think beers should be designed for barrels, or with the barrel in mind. Whether it’s for previous use or for bacteria. I think some people have jumped on the barrel ageing bandwagon before understanding anything about wood.” 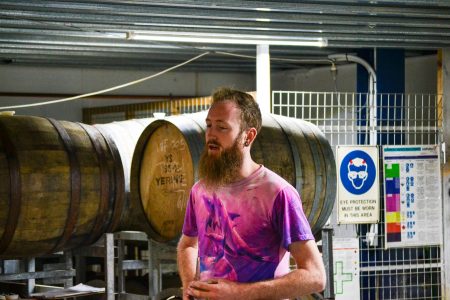 At Feral, Varis says they treat wood as another ingredient and approach it three different ways.

He adds the approach begins in the brewhouse with recipe design and wort composition.

For brewers who brew sour or wild ales, the wood itself can be a distraction from the beer. In these cases, older barrels are used. O’Sullivan explains that wine barrels are often well suited to this purpose because they have lost most of their oak flavour and tannin.

“I don’t really find oak appropriate in sour beers, I think it’s a bit of a distraction… I do like a bit of tannin so long as the wood flavour isn’t overwhelming,” he says.

Boatrocker brew an annually released Imperial Stout which becomes two beers, one known as Ramjet, which is aged in Starward whisky barrels; and the other Roger Ramjet, aged in Heaven Hill Bourbon barrels from the United States. The oak extraction from these barrels, Houghton says, is good for bigger beers such as those two as it helps balance the big flavours. However, he says their sour beers use older barrels and he describes them as a “breathing vessel” for the beer and bacteria inside.

For Feral, their Watermelon Warhead is a low ABV beer (2.9 per cent), and Varis finds that relatively young Chardonnay barrels add just enough to give it structure without overwhelming.

“We get a small amount of oak in that beer, which gives it a bit of tannin structure because it’s so light.”

For the full feature, subscribe to Beer & Brewer here.