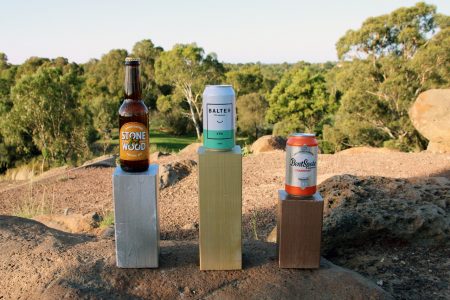 Gold Coast brewery Balter’s XPA has been named as the number one beer in the GABS Hottest 100 Aussie Craft Beers of 2017.

The brewery, which is part-owned by champion surfers Mick Fanning, Joel Parkinson, Josh Kerr and Bede Durbidge, led a top five which was made up entirely of independent breweries. Over the past 12 months a number of popular craft breweries have been bought up by larger companies including 4 Pines and Pirate Life, which were bought by AB InBev, and Feral Brewing which was bought by Coca-Cola Amatil.

The best performing non-independent brewery was Pirate Life which had seven beers in the top 100, its Mosaic IPA taking out sixth place. Overall 71 per cent of the beers in the Hottest 100, including nine of the top 10, came from independently owned breweries.

Rounding out the top five, behind the Balter XPA, were Stone & Wood’s Pacific Ale, a three-time winner of the poll which has also been a consistent top three beer since 2010 and was second this year. In third place was Crankshaft, an American-style IPA from BentSpoke Brewing Co in Canberra, followed by Young Henrys’ Australian Pale Ale Newtowner in fourth and Gage Roads’ International Pale Ale Single Fin.

GABS Co-Founder Steve Jeffares told Beer & Brewer that he believes independence is a factor among craft beer aficionados and that it will be interesting to see how this plays out in future polls.

“The role that independents play is a very topical one and I am also involved with a small committee that is working with the Independent Brewers Association to develop and launch a Seal of Independence. The IBA believes that this is going to be one way that independent breweries can differentiate themselves,” Jeffares said.

“I think it is starting to bubble up as a topic, but you need to take into account that a lot of the people involved in these large surveys do have a strong interest in craft beer. But I do think independence is a topic that is becoming more and more relevant to a small but growing number of consumers.

“All the breweries that have been acquired over the last 12 months or so fell this year, but they also had results that any brewery would realistically be happy with. I do think it has an impact, but we’ve got a sample of one, so let’s see what’s going to happen next year – although who knows what will happen over the next 12 months.

“The Hottest 100 has given really interesting insights over the last decade on how fast changing this sector of the industry is and this year was no different in my opinion. It’s very telling that CUB/AB InBev have moved from a possible two beers in the top 100 to nine simply through acquisitions.”

Jeffares added that this year’s Hottest 100, which received a record number of votes, reflects just how vibrant and exciting Australia’s craft beer scene is right now.

“Since it’s very early days at The Local Taphouse, the Hottest 100 Craft Beers poll has always aimed to be a fun and simple way for beer enthusiasts to celebrate their favourite beers of the year, whether that’s a more mainstream ‘go-to’ beer, or a limited release they might have only been able to experience over a brewpub bar,” he said.

“What we’ve seen over the 10 years of the poll is that it’s become so much more, revealing the ever-changing tastes of the Australian craft beer lover.”

“We’re thrilled with this year’s list, which is possibly one of the most exciting yet. New breweries, new styles and importantly, new winners all go to illustrate what an exciting time it is in the craft beer space.”

As well as having a new beer take out the top spot this year’s list saw an impressive 24 new beers make their debut, including seven beers in the increasingly popular New England, or hazy IPA style.

Overall over 2000 beers from more than 250 breweries were nominated in the poll, which was up 21 per cent on last year.

* Brewed by an independent brewery (as defined by the Independent Brewers Association)
NEW Brewed for the first time in 2017
GABS A ‘Festival Beer’ brewed especially for GABS Beer, Cider & Food Fest