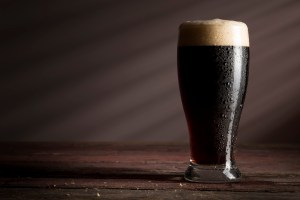 In this article taken from the Winter 2019 issue of Beer & Brewer, Homebrewer technical editor Jake Brandish takes a look at stouts.

A dark beer is a wonderful thing, and at this time of year (or any time really…) there is nothing better than sitting back with a lovely rich stout.

Stouts come with the old saying ‘you either love them or hate them’, with many put off by the black appearance. When selling (Nail Brewing) beer many years ago, I used to love the challenge of getting a non-stout drinker to try our Oatmeal Stout, which was amazing. My sales pitch was ‘do you like chocolate? Try this smooth roasty chocolate beer, you will not be disappointed’.

The amount of people who tried and said ‘wow, that is not as bad as it looks’ was amazing. The style is not as strong, thick, or heavy as most people think, which tells you the appearance of the beer you are about to drink is part of the experience! Most people who say they do not like dark beers or stouts have more than likely never had one, or maybe they’ve only tried Guinness. Dark, rich, roasty, coffee, chocolatey, malty…. What is there not to like?!

What is a stout?

Stouts go way back in brewing history, and are directly linked to the brewing of porter in Industrial England in the early to mid 1700s. As porters were gaining popularity with the use of readily available and cheap brown malts, brewers started using darker malts to make a different beer to porters, and stouts were born. They were originally termed ‘Stout Porters’. They are described as a ‘strong beer’, but really nowadays they are not that strong – in ABV anyway. The BJCP (www.bjcp.org) states the overall impression of a Foreign Export Stout as ‘A very dark, moderately strong, fairly dry, stout with prominent roast flavours’. There are, of course, other stouts (look up Category 16 ‘Dark British Beer’ and Category 20 ‘American Porter and Stout’ for other variants) that we should mention like US Stout. The combination of rich roast bitter malt with those US hops is amazing!

Stout in the early days was considered to be a healthy drink, or tonic. In one variation, the addition of lactose (milk sugar) gave the beer a sweetness, and milk stout was born. It was also termed as invalid stout as it was said that it would be good for invalids to drink due to its claimed health benefits. Mothers were also encouraged to drink milk stout. It was even given to post-operative patients as it was believed to be high in iron!
Stout was shipped from the UK to Ireland in great quantities and it wasn’t long before it was being brewed by Arthur Guinness at the St James Gate Brewery in Dublin. Guinness was born, and has become one of the most globally recognisable beers. Not bad for a beer that has so many polarising appraisals!

Today we are brewing an oatmeal stout. Oats make the perfect accompaniment to this rich roasted beer. They bring a smooth and silky layer to the beer which softens the roasted barley and crystal malts, and make this a lovely smooth stout with a beautiful mouthfeel and creaminess. It is the best way to get your mates who are not really stout fans to get into this wonderful style. Bear in mind, the oats do not have any husk, so unless you are going to add some rice hulls (if you are going to increase the oats, or if your rig is prone to the dreaded ‘stuck mash’), start your recirc and sparge cycle nice and gently. If you are prone to low mash pH, keep a check on this as the high amount of dark malts may tend to bring the pH down due their acidic nature. If you can adjust your water go ahead and do so. If not, just crack on!

To get Jake’s recipes, you can subscribe here to receive Beer & Brewer digitally, in print or both.