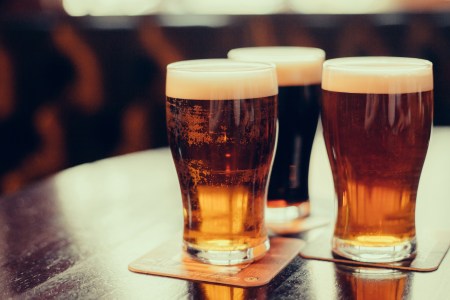 The latest findings from Roy Morgan show a decline in the percentage of Australians who consume at least one type of alcoholic drink in an average four-week period.

In 2014, the ‘Alcohol Consumption Currency Report’ recorded 70.1% of the population as consuming alcohol in the four-week time period, with the most recent findings showing that number has declined to 67.5%.

All major categories of alcoholic drinks showed declines in incidence over this period, apart from cider which increased.

Wine is still the most popular alcohol drink, consumed by 42.8% of the population – but dropped from 45.1% in 2014, the largest decline in any category.

Interestingly, while wine is still the most popular alcoholic drink in terms of the number of drinkers, beer is on top in terms of volume, accounting for 45% of the overall market (but is still down 2.8% from 2014).

With a 5.9% share of volume (compared to approximately 1% when the IBA/CBIA was established in 2011) and a 10% share of value, independent beer is growing while the overall beer market is declining.

This may indicate that although Australian’s are drinking less beer overall, more of that beer is independent.

“Alcohol has often been considered to have a central role in the social life of many Australians however the latest research from Roy Morgan shows that a declining proportion of Australians are now drinking alcohol,” said Michele Levine, Chief Executive Officer, Roy Morgan.

Levine also accounted for the gender split in Australian alcohol (and in particular beer) consumption.

“In large part the success of Australia’s alcohol retailers and brands rides on the drinking habits of Australian men who drink around two thirds (66.6 per cent) of all alcohol drunk in Australia while women drink the remaining 33.4 per cent.

“Perhaps unsurprisingly it is men who drink the bulk of beer consumed in Australia and the traditional favourite comprises a huge 58.4 per cent share of all alcohol consumed by men by volume compared to only 19.5 per cent for second-placed wine. However, a deeper analysis of the beer-drinking habits of Australian men reveals the tradition may be on a long-term decline.”