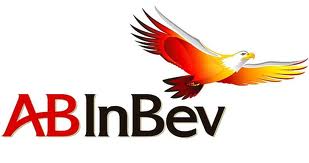 During the week of April 4th, WATERLEAU took part in the Belgian trade mission to Russia under the presidency of HRH Prince Philip. Following this mission, WATERLEAU signed a contract with AB InBev to build new Biological Treatment System facilities (BTS) in 4 of its breweries in Russia. With this, all AB InBev’s production units in Russia will be equipped with BTS plants. The total capacity of these plants is the equivalent of a city with a population of 300.000.

This investment confirms the leading global brewer’s commitment to be the Best Brewer in a Better World via sustainable development initiatives, including its goals to minimize water utilization throughout its worldwide operations and preserve valuable natural resources like water. On 3 June 2011, for the 3rd year in a row, AB InBev will partner with the United Nation Environment Program to organize employee events and raise awareness around sustainable use of water on World Environment Day.

Building on success of previous projects
The Biological Treatment System plants located in the cities of Saransk, Kursk, Ivanovo and Novocheboksarsk are of the type LUCAS, an advanced water purification system first developed by WATERLEAU CEO Luc Vriens during the eighties as part of a similar project for the Stella Artois brewery in Leuven, Belgium, in collaboration with the Catholic University of Leuven. WATERLEAU will design, construct and start up each of the 4 Biological Treatment System plants. Already 10 BTS plants were built by WATERLEAU for AB InBev breweries in Western and Central & Eastern Europe. Moreover, today, WATERLEAU has more than 50 references within the brewing industry worldwide.

Wastewater treatment plants support AB InBev’s global environmental goals
The BTS developed by WATERLEAU is a biological purification system consisting of one or more aerated bioreactors. In the bioreactor pollutants present in the wastewater are eliminated in a biological way. In this way natural waterbodies are preserved from oxygen deficiencies.

As such, the 4 new Biological Treatment System plants that will be built for Sun InBev production facilities will help the Russian brewery operations to achieve AB InBev’s environmental goals. Core among these goals, which the company unveiled last March, is a leading-edge water-usage target for the plants of 3.5 hectoliters of water for each hectoliter of production by the end of 2012. In 2010, the company’s average water use was 4.04 hectoliters per hectoliter of production, which represents a reduction of 6 percent year over year and a savings equivalent to more than 16,000 Olympic-sized swimming pools when compared to the company’s 2007 water use ratio(1). This puts the company on track to reach the savings it committed to achieving by the end of 2012.