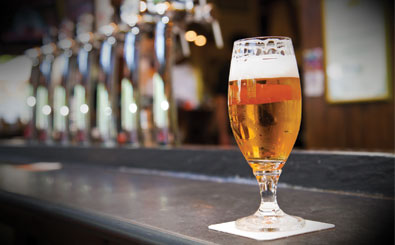 AB InBev has confirmed it has made an approach to takeover SABMiller in a deal that would bring together the world’s two largest brewers.

Both companies took the unusual step of responding to media speculation about a possible takeover, confirming that the approach had been made.

SABMiller was the first to speak out, realising a “response to press speculation” statement.

The company said: “The Board of SABMiller notes the recent press speculation and confirms that Anheuser-Busch InBev SA/NV has informed SABMiller that it intends to make a proposal to acquire SABMiller. No proposal has yet been received and the Board of SABMiller has no further details about the terms of any such proposal.”

The brewer did not rule out fighting the takeover, but urged shareholders not to sell.

SABMiller added: “The Board of SABMiller will review and respond as appropriate to any proposal which might be made.

“There can be no certainty that an offer will be made or as to the terms on which any offer might be made.

“In the interim, shareholders are strongly advised to retain their shares and to take no action.”

Following the release of that statement, AB InBev went on to confirm the move from its side, saying: “Anheuser-Busch InBev notes the announcement made by SABMiller plc. AB InBev confirms that it has made an approach to SABMiller’s Board of Directors regarding a combination of the two companies. AB InBev’s intention is to work with SABMiller’s Board toward a recommended transaction.

“There can be no certainty that this approach will result in an offer or agreement, or as to the terms of any such agreement.

“A further statement will be made as appropriate.”

With this takeover involving the world’s two biggest brewers, any deal would be subject to extensive competition regulation reviews in markets around the world. Shares in both companies rose on the back of the news and the UK’s Takeover Panel has given AB InBev until 14 October to either make its offer or withdraw.