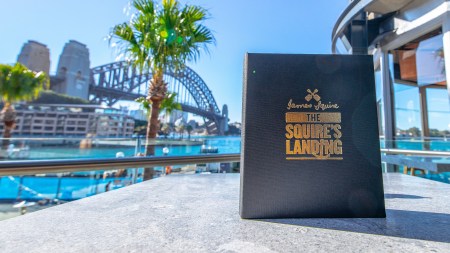 The Squire’s Landing has officially landed at Circular Quay’s Overseas Passenger Terminal. Boasting panoramic views of the Opera House and Sydney Harbour Bridge, it could just be the world’s most scenic microbrewery location.

As Australia’s newest James Squire flagship, The Squire’s Landing is a partnership between Mantle Group Hospitality and Lion, housing a two-storey restaurant and a freestanding, fully-glazed and architecturally designed microbrewery.

“We’ll have some of the freshest beer being served in Sydney and a range exclusive to The Squire’s Landing,” said Merrington. “We’ll also be able to honour the legend that is James Squire, at the same location where he first set foot on Australian soil almost 230 years ago.”

At the official venue launch this Thursday evening (24 May), The Squire’s Landing will be one of the only places in Australia to serve the world’s oldest surviving beer made new, The Wreck, crafted using 220-year old yeast discovered in the depths of Australia’s oldest merchant shipwreck.

The Squire’s Landing will be the seventh James Squire Brewhouse in Australia – complementing existing Brewhouses in Brisbane, Newcastle, Melbourne, Adelaide and Perth. 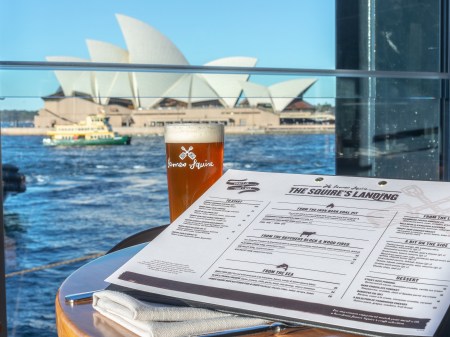 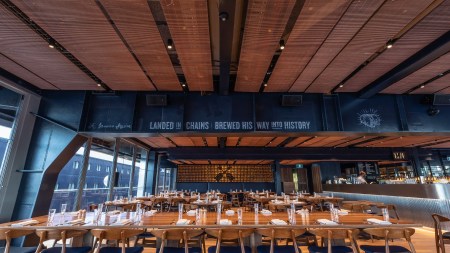