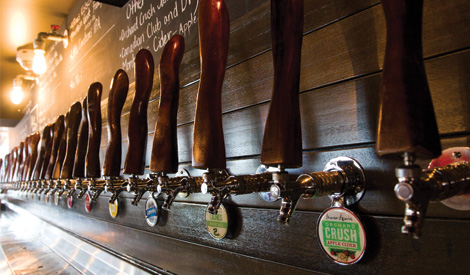 The 32 beer-tap wall at House of Brews

The taphouse craze has hit the Gold Coast with the opening of House of Brews in the heart of Surfers Paradise.

The 32 beer-tap drinking and dining establishment in Orchid Ave is the brainchild of brothers Sacha, Damien and Ben Kanaghines who also operate Nonna’s restaurant at Harbour Town.

The aptly named House of Brews, features the only rooftop cocktail bar in Surfers Paradise and celebrates a market hungry for rock, brews and BBQ.

“We wanted to get to the bottom of what made the best boutique tap establishments and what would work in our market here in Surfers Paradise, which we think is a perfect cultural fit for this kind of venue.

“It was extremely hard work there was an intense focus on tap beer and food sampling. Tough job, but someone had to do it.”

Live music is also a staple at House of Brews and will be a regular fixture throughout the week featuring rock and solo blues artists playing from the afternoon into the late evening.

The menu is inspired by traditional American BBQ flavours, including Buffalo wings in a range of styles, sticky BBQ ribs, build your own beef brisket, a range of burgers such as the signature ‘Redneck Burger’ and an onion ring volcano tower dripping with truffle cheese sauce. Even the biggest sweet tooth will be challenged with the enormous cotton candy tower. 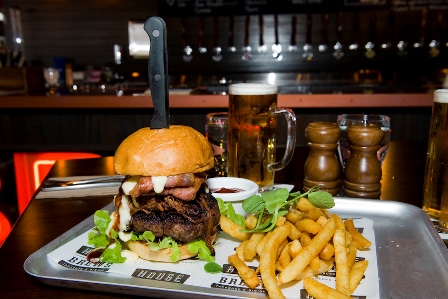 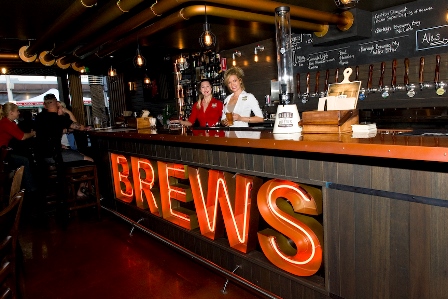 The bar at House of Brews

House of Brews is located at 17 Orchid Avenue, Surfers Paradise.