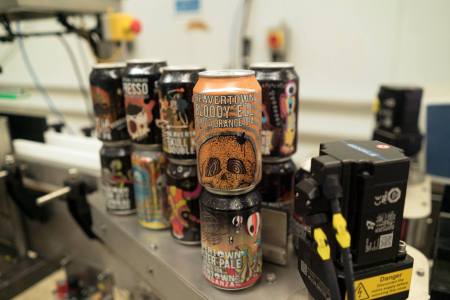 A leading Australian distributor of imported and local craft beers, Experienceit Beverages, has “taken a stand” for independent brewing by removing UK craft beer Beavertown from its portfolio of products.

Heineken recently announced it was buying a 49 percent stake in Beavertown, and despite working with the craft brewer for many years, Experienceit founder Johnny Latta, said the company had to stick to its guns regarding independent brewers.

“With the 49 per cent sale of Beavertown to Heineken, we’ve had to make a hard decision that fits with our principles of independence,” Latta said.

“We’ve advised Beavertown that Experienceit Beverages will no longer be supporting and representing their brand in the Australian market, handing back full distribution following our next shipment due to land in July.

“This has been a tough decision due to our love for the brand and the personal connections we’ve made with the Beavertown team over the years, but I think it is important to show that when we say Independence we mean it, and we stand by our words.”

Beavertown was founded by Logan Plant, son of Led Zeppelin’s frontman Robert Plant. Latta added that Experienceit has worked with Plant from the early days when we was fermenting his beer in a local garage.

“Over the years we’ve watched them grow into one of UK’s leading and fastest growing craft beer brands and we’ve been proud to be a part of that success and proud to be the exclusive distribution partner in the Australian market. But we couldn’t in all conscience continue our partnership after the recent sale,” Latta said.

“We don’t have any bad feelings towards anyone for selling their business, and everyone has different reasons as to why they start a business in the first place, but we’re not here to help line the pockets of corporate giants.”

He added: “Once a brewery sells all, or part of that business, they become a part of a corporate machine, run from a faceless head office. Corporate brewers have not grown the craft market, they’ve only followed, and to gain back market share and lost revenue, they will now buy it, own it and eventually mould it to suit their own corporate needs and shareholders.

“The sale and marketing message is rolled out every time in the same way, but the reality is you’re now part of a bigger corporate machine that has the final say. The changes will be slow so customers don’t get upset, but the changes will happen, and in the end it’s the CFO and CEO in head office that dictates the direction, not the pure passion that craft is all about in a true independent brewery, a passion that often means beers are made that don’t make financial sense, but sound great.”

Latta said that Experienceit is proud to be independent and that the distributor is planning to replace Beavertown in its portfolio with other UK craft brewers including Northern Monk and North Brewing, which are coming on board next month.