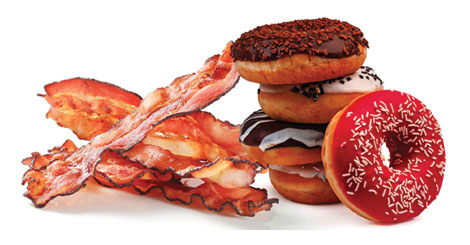 In the latest issue of Beer & Brewer we take a look at Extreme Beer. Not for the faint-hearted, here is our list of the top 20 most extreme beers…

Extreme factor: Based on the native corn beer of Central and South America, this beer is made using authentic ingredients like organic pink Peruvian peppercorns, yellow maize, Peruvian purple maize chewed by the chicha-maker. In other words, this beer contains human saliva.

Extreme factor: Inspired by the campfire snack, this stout is made with graham flour, marshmallow fluff, vanilla and cocoa nibs. Nostalgic.

Extreme factor: Brewed for GABS, this is a vegan steak beer. Brewed with Cherrywood smoked malt and Sri-Lankan black peppercorns.

Extreme factor: There is no secret as to why this beer is extreme. Made with, (surprise, surprise) bacon and maple syrup in a collaboration between Rogue and Voodoo Doughnuts. Good lord.

Extreme factor: That name isn’t just for pun’s sake. This beer has been brewed with live lobsters and dark cocoa powder.

Extreme factor: Much like the name suggests, this is a spicy little number with an ingredients list of cinnamon, coriander, fenugreek, ginger, kaffir lime and cayenne pepper.

Extreme factor: This is deemed the world’s strongest beer. It has no carbonation due to its high ABV and heeds the warning not to be drunk in excess of 35ml in one sitting. It also comes in at $200 a bottle. This is extreme in every sense of the word.

Extreme factor: A quadruple IPA that contains four times the hops and frozen another four times to get it to that gag-able 41% ABV.

Extreme factor: Brewed with coffee and barrel aged in a whisky barrel that has been transported to an undisclosed cave kept at a common temperature throughout the year. Sounds a little Masonic but a damn good brew.

A Scottish recipe from the 1500s that involves brewing with a chicken carcass.

Extreme Factor: This beer is made in the tradition of 18th century English brewers. Oh, and it’s a homage to old mate Grigori Rasputin.

Extreme factor: When the two birds from two birds went to Southern California they came back inspired to make a beer…that tasted like a taco. Made with corn, coriander, wheat and lime, it has become one of their best sellers.

(18) Where Strides the Behemoth, KAIJU! Beer

Extreme factor: Lots of hops, lots of flavour, lots of alcohol and it’s inspired by a Mastedon song. Must be drunk while head banging.

Extreme factor: This is a brew based on the Coen Brothers film True Grit. I don’t think you can get much more conceptual than beer that tastes like a movie.

Extreme factor: So many hops. Hops in the boil, more in the giant hopback, and then dry-hopping. You’ll never want to say the word ‘hop’ again.

Have we missed any? Email us here.

Check out the full Extreme Beer article in the Winter Issue of Beer & Brewer here.