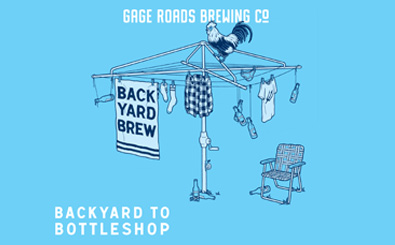 Gage Roads Brewing Co has launched the latest iteration of its annual Backyard to Bottleshop homebrew challenge where it gives WA’s best amateur brewers the opportunity to have their recipe brewed on a commercial scale in collaboration with the team at Gage Roads.

For 2015, Gage Roads set the challenge of brewing the perfect summer beer. After tasting a bevy of golden ales, wheat beers and a few IPAs, it was Dale Carroll’s saison that shone bright like a late December sun.

The French word for season, saison is traditionally brewed at the end of harvest in agricultural France and Belgium. Carroll’s winning beer was a light and lively affair, with a complex mix of spice and fruit.

“We’d tasted a lot of beers by the time we got to Dale’s, but his was like a lightning rod,” said Gage Roads’ Aaron Heary.

“I was immediately transported back to sunny summer days, feet dangling off the back of a boat, whiling the day away without a care in the world.”