In a coup for the relatively new inner Sydney brewery, Young Henrys is to become the exclusive beer supplier to hip new bar The Old Growler in Woolloomoolloo.

A collaboration between Jack Brown of Ching a Lings, chef Alexander Watts and Nick Watney of The Runcible Spoon (Camperdown), the bar is set to star in the new wave of beer bars and beer-loving venues that are opening around the city.

Oscar McMahon of Young Henrys will be in charge of the beer portion of the bar, while cocktail and wine lists will be provided by Jerome Delosreyes and Tom Egan respectively.

Young Henrys has a history of collaborations and according to McMahon, this new venture is set to be one of the best.

“We have a trend of working with other talented people on exciting projects; be they brewers, bands, local chefs, restaurateurs or radio stations,” he says. “This new venue is the next very exciting collaboration that we’re a part of. We are very proud to be working with Jack, Al, Nick and Gerome on the Old Growler and are really excited to have a great venue to showcase our ever-evolving stable of beers.”

Undoubtedly, Young Henrys ever-changing line-up of traditional and quirky brews was a driving force behind this project. And despite the bar being an YH tap-exclusive venue, the lads have a few surprises planned too.

“At any one time there will be five Young Henrys taps flowing [four beers and one cider],” says McMahon. “And a guest tap which will rotate through many of the awesome beers brewed around the country by our friends and peers.”

And to add a little flair, punters will have a choice of hop ‘teabags’ with which to dry hop and customise the flavour profiles of their pints. While hopinators have become regular features at beer venues across the country, the hop bags are a new development. 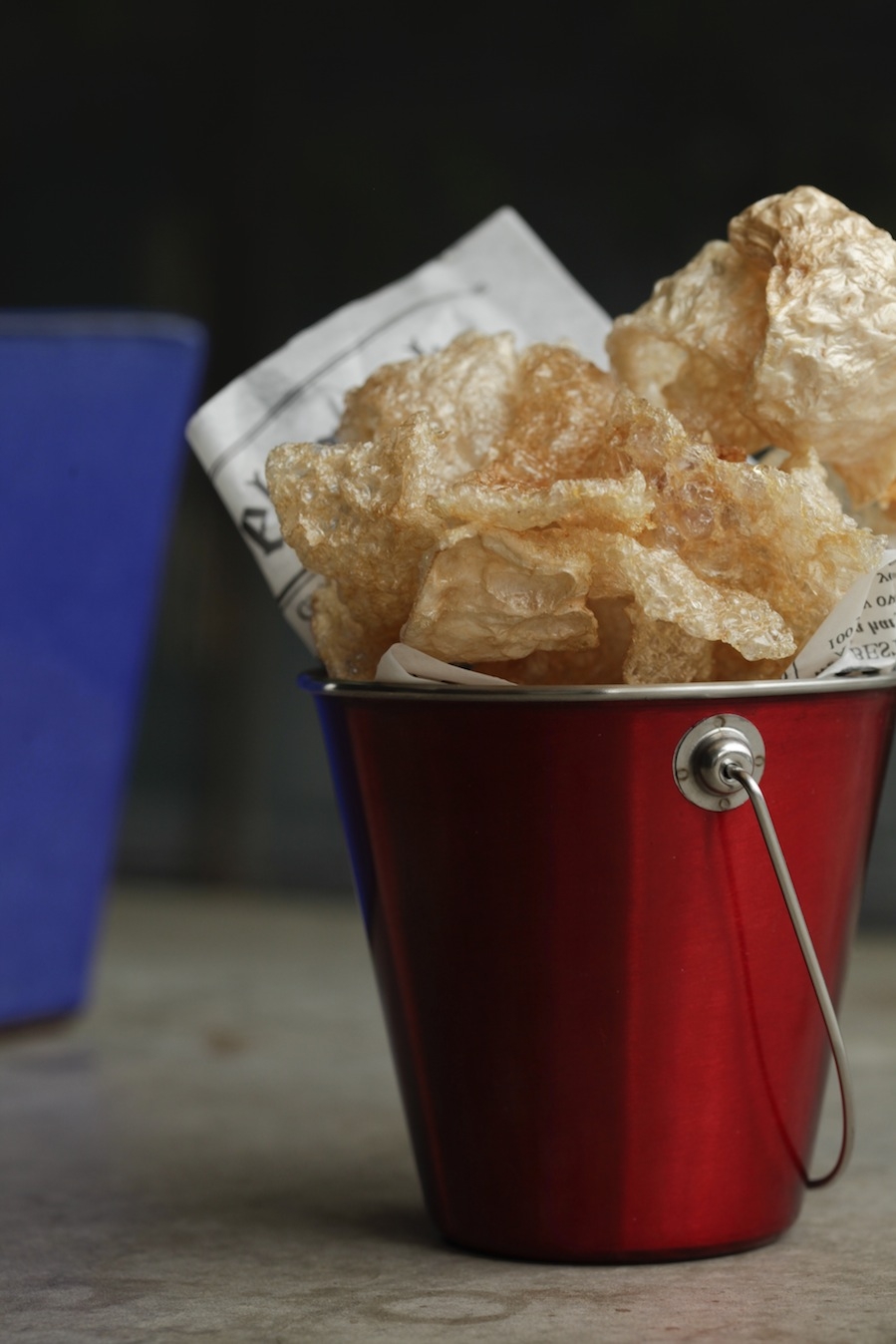 “As for the Hop Bags, this will not be an every beer, every day sort of thing,” McMahon says. “Certain hop combinations will be used to push the bright aromatic qualities of our beers. There will also be some exciting cocktails using hops and the wort straight from the brewery.”

Which leads to the interesting ‘waste reduction’ aspect of the bar. Tired of buzzwords like sustainability, the team behind The Old Growler are striving to re-use as many bi-products as possible. Following the recent thirst for beer cocktails, hops and wort from the brewery will be used in cocktails as well as in food, while yeast from the brewery will be used to make bread daily. In terms of green waste, everything possible will be sent to the community gardens, while spent grain will be used to feed cattle.

For those that like a good feed, the bar will offer simple shared, modern European food, but with a British twist. Things like Chicken liver pate & sherry, Quail, tahini, parsley & currents and Smoked Pork Belly, pickled slaw and apple sauce are set to be highlights. Naturally, the bar will also be using free-range and ethically sourced meat, alongside Sustainable Seafood Guide-approved fish.

Set to open in March, the venue is sure to be a hit with inner Sydney beer fans and foodies alike.