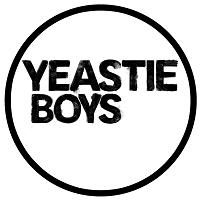 Local beer and whisky lovers are in for a sumptuous treat from thisweekend with Yeastie Boys releasing their latest offering:Rex Attitude- the world’s first single-malt, peat-smoked golden ale. Theuse of 100% heavily-peated Scottish distilling malt results in one of the smokiest beers ever released and is almost certainly a world first.

“Brewers in Europe have been aging beer in Scotch whisky barrels overthe last few years but they tend to make richer, stronger, winter-style ales so that the whisky and barrel characters don’toverpower the beer” said Stu McKinlay, Yeastie Boys’ CreativeDirector.

“I enjoy the complexity of the more delicate west coast whiskies and considered we could go a step further by utilising thesame type of peated-malt that these distilleries use. In essence we are creating a beer that is far more in keeping with the nature of the whiskies that we’ve been by. Much like the west coast whiskies themselves, this beer will very much challenge the perceptions of drinkers – it’ll have them asking themselves what beer actually is and where else the boundaries can be pushed.”

The Yeastie Boys are no strangers to bucking trends but in Rex Attitude they have gone a step further by importing two tonnes of Scottish malt specifically for this beer.

“This type of malt is rarely used in beer and, where it is, it is only used in very tinyquantities” added Yeastie Boys’ Directive Creator, Sam Possenniskie.

“Our malt supplier didn’t stock anywhere near the amount we’d need tomake a commercial batch so, despite plenty of our brewing friends warning us that we were mad, we asked them to bring in two tonnes especially for this beer. Getting that amount of malt shipped out from Scotland is no easy task but, from the moment we first tasted the astounding trial beer, it really has become a bit of an obsession.

“BrewNZ judge, and Regional Wines and Spirits beer specialist, KieranHaslett-Moore is one of the few people to have tasted the Yeastie Boys’ trial batch, reporting the beer as “positively broadcasting anaroma of heathery smoked kippers. In the mouth the beer was incredibly balanced with light fruity hops, massive smoke and sweet rich malt allplaying their part before a rounded wonderfully complex finish.”

MrHaslett-Moore immediately requested the chance to host a release partyfor the unique beer. Rex Attitude will be formally releasedon 30th April 2011at Regional Wines and Spirits,15 Ellice Street, Mt Victoria.An in-store tasting of the beer, accompanied by samples of Islay whisky Bowmore Legend anda selection of food, will runfrom 11am to 4pm. A haggis will be piped into the premisesat 2pmand served with Rex Attitude.

Rex Attitude (7% abv) will be included alongside Pot Kettle Black andHud-a-wa’ Strong in Yeastie Boys’ permanent range. All three beers are distributed in 330ml bottles via BeerNZ Ltd (New Zealand) and Innspire Pty Ltd (Australia). Retail outlets in both countries are listed on the map atwww.yeastieboys.co.nz.