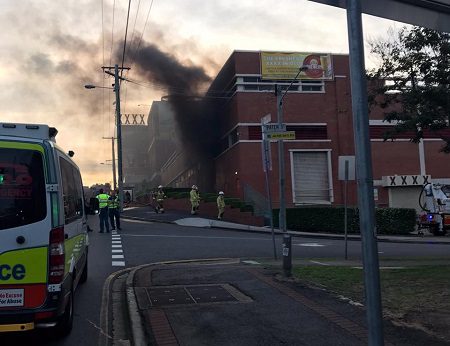 A fire broke out at the XXXX brewery on Tuesday, but Lion has confirmed that no one was injured and that there will be no supply disruption.

Queensland Fire and Emergency Service crews were called to the brewery just after 5pm yesterday afternoon. With large volumes of smoke seen coming from the brewery a total of nine crews attended the blaze.

A spokesperson for Lion told Beer & Brewer: “We can confirm that there was a small fire in the boiler room in the XXXX brewery yesterday.

“The fire was contained by emergency services and we can confirm that no one was injured and all of our people were evacuated safely. We can confirm there will be no disruption to supply.”

A Queensland Fire and Emergency Service spokesperson added that all persons have been accounted for.