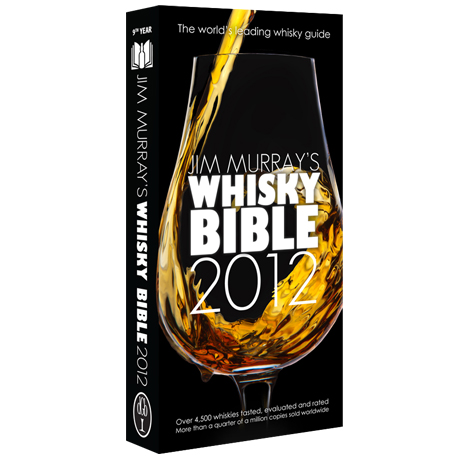 The most northerly distillery on mainland Britain and one of the most remote in all Scotland has won the coveted title of World Whisky of the Year in the 2012 edition of Jim Murray’s Whisky Bible.

The Pulteney distillery in Wick, Caithness, scored a record-equaling 97.5 points out of 100 for its 21-year-old Old Pulteney single malt. It is only the third time that a single malt has ever won the prestigious award, and just the second Scottish distillery to do so.

This year Jim Murray tasted over 1,200 new whiskies plus many more re-tastes for the latest edition of his best-selling annual whisky guide.

Pulteney distillery, which dates back to 1826, is located in the heart of Wick and is much prized as a blending whisky. It is still relatively unknown as a single malt.

But Mr Murray, who has long admired the Highland malt, hopes that will now change – though he is the first to admit that even he was surprised when he encountered the 21-year-old.

He said: “I was on the home straight after four months of continuous tasting. By that time I was pretty sure I knew what the winner was going to be. With what I still had to taste it needed something exceptional to knock the leader off its perch. But that’s exactly what happened. To be honest, I was amazed. I knew the Old Pulteney 17-year-old was likely to be exceptional, and it was. However, I had never come across a Pulteney 21-year-old like it. Talk about coming out of leftfield….

“I first went to Pulteney nearly 25 years ago and I have never known them to produce anything other than top rate malt. Owned by a relatively small company, without the financial muscle of the major whisky barons to market their malts on the global stage, I hope that this award helps Pulteney to become better known around the world; that is the whole point of my Whisky Bible, after all”.

In picking up the second placed title with its bourbon brand, George T. Stagg, Buffalo Trace distillers continues to outperform all other competitors in the World Whisky Awards, which were first presented in1994. Since this date, Buffalo Trace has won no fewer than seven top awards including three World Whisky of the Year titles and this year’s runner up place for its George T. Stagg bourbon. “Buffalo Trace continues to be one of the greatest distilleries in the world today”, continues Mr Murray. “Their ability, drive, and passion to produce whiskies of the highest quality year in, year out, without exception is truly astonishing’.

Old Pulteney 21-Years-Old: If you had the formula to perfectly transform salt, citrus, the most delicate smoke imaginable, sharp barley, more gristy barley, light vanilla, toasty vanilla, roasted hazelnut, thinned manuka honey, lavender honey, arbutus blossom and cherry blossom, light hickory, liquorice, and the softest demerera sugar into the aroma of a whisky, you still wouldn’t quite be able to recreate this perfection…; t24 the sugars arrive: first gristy and malt-laden, then Demerara. This is followed by a salty, nerve-tingling journey of barley at varying intensity and then a slow but magnificently complete delivery of spice…; f24 those spices continue to buzz, the vanillas dovetail with the malt and the fruit displaying a puckering, lively intensity. Ridiculously long fade for a malt so seemingly light, the salts and spices kiss the taste buds goodnight…; b24.5 by far and away one of the great whiskies of 2012, absolutely exploding from the glass with vitality, charisma and class. One of Scotland’s great undiscovered distilleries about to become discovered, I think… and rightly so!

Created to recognise whisky-making excellence around the world some 231 new whiskies, scoring 94 points or more, have been awarded Liquid Gold Awards in the 2012 Whisky Bible.

Representing just 5.1 % of all the whiskies tasted for the 2012 edition they are, says Mr. Murray “the elite; the very finest you can find on whisky shelves around the world. Rare and precious they are liquid gold”.

A full account of the 2012 World Whisky Awards can be found in Jim Murray’s Whisky Bible 2012 published today (24 October 2011). And with over 4,500 tasting notes, including 1,200 of the very latest releases, the ‘Whisky Bible’ remains the definitive and most up to date guide available.

Signed copies by the author can be purchased from www.whiskybible.com.