A new winter beer oasis will pop up at Melbourne’s Queen Victoria Market every Saturday and Sunday from 4 August to 9 September 2018.

Over six weekends, Central Beer District will celebrate craft beer and brewing. Led by Brick Lane Brewing, Central Beer District will gather a community of microbreweries from across the city, including Brewmanity, Hop Nation, Two Birds Brewing, Stomping Ground and Coldstream Brewery. Each brewer will feature their favourite beers, plus small runs of seasonal and experimental brews. 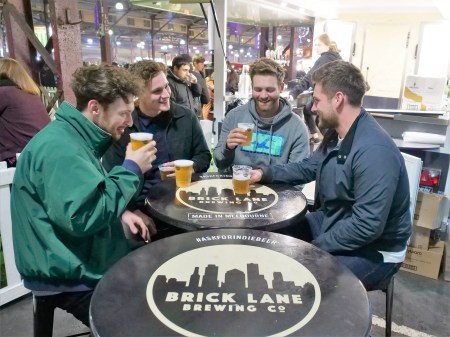 Beer lovers will have the opportunity to meet the brewers, taste new beers and pair their favourite craft beers with BBQ and street food. The musical line-up features 50s and 60s rock ‘n’ roll by Jukebox Racket, folk and indie pop by Jack the Fox and Chicago-style blues by Jules Built.

Some of Melbourne’s best food trucks, including Digging for Fire, will be rolling in to line punters’ bellies. Their menu will feature a 12-hour pulled pork with pineapple relish and lime mayo, a BBQ chilli chicken burger with harissa and fennel yoghurt and thick cut chips (pictured below) – perfect for washing down an IPA or two. 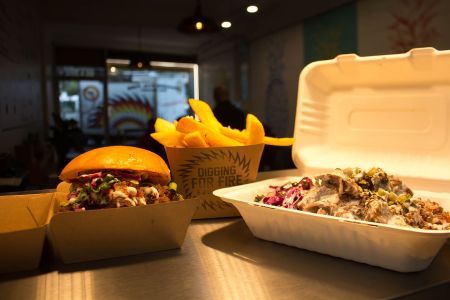