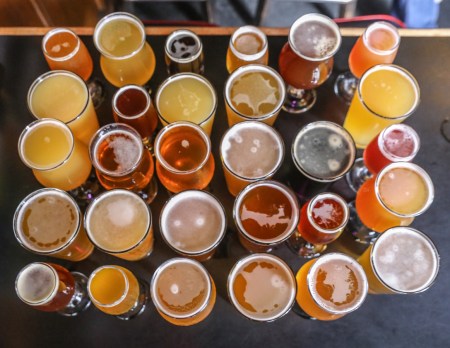 The Brewers Association (BA) in the US has released its Beer Style Guidelines for 2019, with the various style additions and consolidations a useful insight into the current style trends in craft beer.

A number of styles have been consolidated into one guideline, including:

Finally, ‘American-Style Ice Lager’ was removed as a category completely.

The guidelines – which have been published since 1979 – serve as a resource for brewers, beer judges, and competition organisers including the Great American Beer Festival and World Beer Cup, and are assessed and adjusted annually by the BA and a panel of global collaborators.

According to the BA, the 2019 version includes over 1000 edits, revisions, formatting changes, and general housekeeping updates – as well as the addition, deletion and combination of beer style guidelines noted above.

“As brewers continue to innovate and evolve styles, so must the criteria which reflect their passion and their beers in the U.S. and global marketplace,” said Chris Swersey, competition manager, Brewers Association.

“The annual audit of the Brewers Association’s Beer Style Guidelines is a complex undertaking and a truly collaborative process allowing for robust dialogue and a great final product. We’re proud to put forth such an important resource for the global community of brewers, drinkers, and beer lovers.”

The full 2019 Beer Style Guidelines can be downloaded on the Brewers Association’s website.