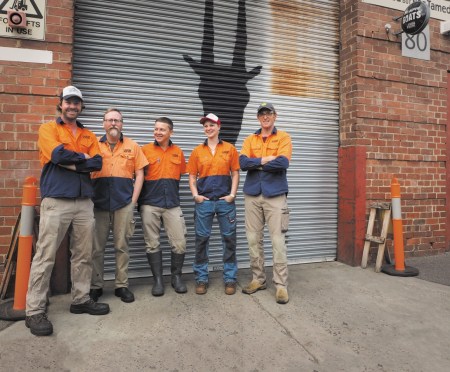 You might’ve noticed that Mountain Goat have been busy of late. In last week’s ‘New Release Wrap Up’, three of the six beers we featured were from the Melbourne brewers, who caught our attention with a barrel-aged plum sour, a black Saison, and a massive triple IPA.

Beer & Brewer caught up with Brand Manager Zoe Ottaway to find out more about where Mountain Goat is heading in 2017, the strategy behind the release of such ‘experimental’ beers, and what we can expect for their upcoming Barrel Breed, Rare Breed and specialty releases this year.

B&B: Firstly Zoe, I take it you guys have been busy lately?

Zoe: Yeah, with three or four beers in the last few weeks, you could say that!

B: Can you tell me about the difference between the Rare and Barrel Breeds, and also the more specialty releases? You’re pumping them out at a rate of knots at the moment.

Z: Rare Breeds are limited releases, we do four of them a year and they’re in tap and bottle, and then we also have our Barrel Breeds – traditionally we do three Barrel Breeds a year: a barley wine, an imperial stout and a Christmas ale, but a week ago we released a kettle sour that was then barrel aged for the first time under the Barrel Breeds program too. So they’re both – for lack of a better word – the ‘permanent’ limited releases, and then we do specialty releases throughout the year.

Here at the Goat Bar we have a one-off, single keg pretty much every Friday, but then on a bigger production that goes nationally to selected accounts, we probably do one of them at least once a month as well. A lot of them – especially the single kegs – are the brewers trialling what could potentially become a Rare Breed too, so it’s really good for us because we get not customer feedback straight away, meaning we can really take people’s advice on board and respond to what the marketplace wants at the time, as well as what makes our brewers happy to brew.

B: We had the Triple IPA, the Barn Burner Black Saison and the Plum Sour in the last newsletter having all come out almost within a week of each other. I wanted to know what the strategy is behind all these releases, and you’ve answered that in terms of getting the more experimental beers out there into the market with the specialty and limited releases. But do you think some of the recent ones – like the Triple IPA, for example – could potentially end up becoming a Rare Breed?

Z: Yeah, absolutely. It’s gotten such a great response and we’re taking it to beer festivals as well. Something like that, like a Triple IPA – while there’s certainly people that are passionate about those styles, they’re also quite a limiting style so when you take it out there and you see it getting such a great response, it certainly does make you reconsider whether it could be something available for a short time in a bottle as well. In regards to the new strategy, it’s probably just starting to be on everyone’s radar.

Last year we released something like 40-odd beers as well, but I guess we kind of did it in our own humdrum, slow build-up kinda way. This year we’ve definitely hit the ground running and we’re just being a bit more transparent about all of the beers we do here at Mountain Goat than what we may have been in the 12 months previous. But really it’s just that happy brewers are always a good thing and when they can try different recipes and ideas for different things, and we can give them the opportunity here at Richmond to brew those beers and get them out there, it’s good for everybody – simple as that.

B: In saying that, are all the limited and specialty releases done at the Richmond Brewery and then the core lineup brewed at the Laverton facility with Asahi?

Z: Exactly. Steam Ale gets done at the Laverton brewery and only pack stock [is brewed at Laverton]. All of the keg stock, regardless of the other beers, comes from us here at Richmond, so we’re still very much in touch with those beers as well. But all the limited release, barrel ageing beers… all of that’s done here at the Richmond brewery.

B: And do the brewers have free rein to just be as experimental as they want? Obviously with Triple IPA’s, Mandarina Saison’s…

Z: Black Saison’s as well yeah, yeah – I think that’s one of the advantages. One – I think you just hit the nail on the head there, we do have quite an established core range, the Steam Ale is one of our most recognised beers – so it’s good to have new news, and have different beers to show people that we’re not just about Steam Ale, we’re definitely doing a lot of different beers around that. And two, to keep the brewers… they’re a creative bunch and they love different types of beers. And while I think everyone here has a soft spot for IPAs, this will be our third year experimenting with barrel ageing. For example the two Saison’s we’ve released of late, that Mandarine one was brilliant.

I think a lot of people who thought they didn’t like a Saison could try that and maybe reevaluate what they thought a Saison might taste like. It’s really interesting to talk to people about that and be able to say that the citrus flavour you’re getting is entirely from hops, there’s no actual mandarin added. So it’s a great educational piece, and as you would know there’s more and more people coming into the craft segment here in Australia, so anything like that that gets them interested and thinking about beer in a different way than throwing back pints at the footy is a good thing for all of us. It’s just good to be a part of that story.

B: Definitely. Do you think one day that any of the Barrel Breeds or Rare Breeds will eventually join the core lineup- for example an IPA?

Z: So we did once upon a time have a core range IPA, but I think it was a bit before its time. It was actually an organic one as well, but the market for craft beer back then – let alone IPAs – was obviously a lot smaller than it is now. The challenge wasn’t necessarily the beer, but craft consumers are by nature quite promiscuous, and they’re always trying the latest IPA out on the market. Also the very nature of an IPA – where fresh is best – is that even if it’s a great beer, but it’s sitting on the shelf in a bottle shop for four-plus months, and then someone finally gets around to it, we’re not giving someone the best beer we can give. When the market is ready and IPAs are turning over it’s going to be better for everyone that has an IPA. So I certainly wouldn’t want to rule that out at all. I guess just like everybody else, we’re really responsive to the Australian consumer and what they’re telling us they like; us having a crack at a sour has definitely been in response to that with sour’s all the range now, and while they’re such a small part of the marketplace, it’s fun to have a go and test ourselves and see how it gets received.

B: And finally, can you tell me about anything you’ll be launching in the near future?

Z: We’ll shortly be announcing the launch of our 2017 Barley Wine. So that’s the one that won the Champion Beer at the AIBA awards two years ago – obviously always a big one for us. There’ll probably be a few specialties between now and then as there’s always a few things the brewers are tinkering around with. After the Barley Wine which will be our next release, there’s a coffee IPA that’ll come out next month, a GABS beer of course that will be in May… then we will have a bit of a quiet period in the middle of the year as the brewery gets some TLC. So you’ll be hearing a lot from us but then we’ll go a little bit quiet while the brewery has a few updates for the summer season, but after that it’ll be all systems go again! 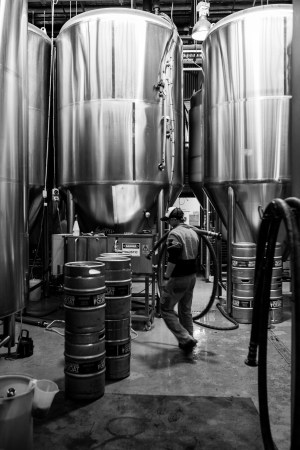