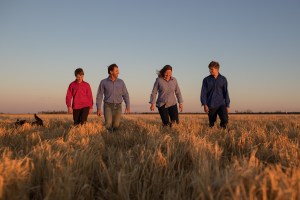 The Welders Dog brewery has developed a relationship with a local farmer to develop an independent strain of grain for its beers.

The brewery, which is located in Armidale in regional north New South Wales, joined forces with commercial grain farmer Corie Piper from nearby Wee Waw to see what effect the terroir could be having on certain barley grain varieties.

“Our business has been working closely with seed breeders and seed companies, taking a few kilos and bulking them up to commercial quantities and it’s been important to maintain the varietal purity of those lines,” explains Piper. “We felt we were getting a really close-hand look at new varieties as they came through and we thought it would be a shame not to try to build on that by forming alliances.”

After talking to various brewers, Piper met the team at The Welders Dog and things progressed from there to discover what varietal differences exist when environmental and geographical differences are taken out of the equation.

“It’s a bit of a multi-benefit relationship we’ve got with Corie,” says Phil Stevens, who founded The Welders Dog with Tom Croft, Daniel Emery. “On the one hand, we’ve got this opportunity to explore a lot of these characteristics of the malt we’re getting and what effect terroir and locale has on that. That’s really exciting and being able to know that all the malt we use is from the one farm. If we’re seeing differences in varieties then we’ve got a better idea of the varietal difference because we’re controlling more variables.

“We’ve got three varieties (of malt), but they are from different vintages. However, they are all grown in the one place, so at the moment we’re going through them with our standard recipes and just seeing whether we can see the difference. The early indication is that we can.

“Growing seasons, possibly different soils in different paddocks – they all lead to different protein content and colour development and more complex chemistry that might play a bigger role in changing the flavours than perhaps we thought.”

Stevens believes that, after the dominance of hops as the major factor in brewing, as well as micro cultures of yeasts in recent years, malt can be the next arena of innovation, whether that’s barley or even grains beyond that.

“I firmly think that the way this industry wants and is forced to innovate constantly to find new flavours that it’s only going to be the natural progression that we look to the very foundation of beer, which is malt, and I don’t think that that going to be in the form of different varieties of barley necessarily. That’s going to be an important thing for people who are trying to grow the most effective grain that’s right for them, hopefully from single origins like we’re doing.

“On a broader sense I think we’re going to see people fermenting non barley grains that haven’t been used to make beer in the past as well as some heritage varieties of the existing grains and supplementary grains that we use to possibly change the base flavour of beer altogether.” 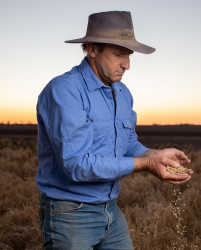 “The hero has always been the hops and to a certain extent the malt has been overlooked a little and we are encouraged by what we’re seeing that there are some distinct varietal traits there that we think we should be able to exploit as per grape varieties and those things,” adds Piper. “We’re getting more confident that that is the case.

“It’s a great relationship we have with the brewery. It’s a tight feedback loop. We can respond and pass on the info that we’ve got and we’re getting feedback from Phil and the boys about how the malt’s performing and what they’re seeing and still in the process of looking at each individual variety and find out what their traits are and how best to exploit them.”

So does Stevens believe that different vintages of malt could mean that each year’s beers will be slightly different like wine vintages.

“I’d love our beers to taste different year on year and I’d love to taste that difference and be able to distill it down,” he says. “I suppose one of our goals for the next 12 months is to do a little bit more fermentation in the lab with these different varieties in these different seasons. And see if we can’t make something that we can take on the road a little bit and go to the public and give a talk and a taste of a few different beers made with a few different varieties and let them see the difference.”