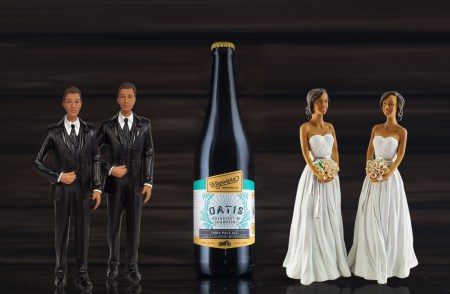 Sydney brewer Wayward is backing marriage equality and is gearing up for a celebration if the Marriage Equality Postal Plebiscite returns a “yes” vote.

The brewer will run a competition to host a wedding, with one lucky, beer-loving, same-sex couple having the opportunity to have their wedding hosted in the heart of Wayward’s brewery.

Wayward Brewing Co. Founder, Peter Philip, said: “The competition is being held to show Wayward’s public support for the Marriage Equality Postal Plebiscite. The vote was confirmed by the Turnbull Government just last week, but already the deadline for Australians to finalise their enrolment details is looming. Wayward hopes the competition post will encourage their patrons and social media fans to enroll and, ultimately, vote ‘yes’.”

The competition is running through Wayward’s Facebook page, and calls on same-sex couples to add a post with photos and some information about themselves. When the postal votes close on November 7, the five most liked photos will then go into a finals round.

This will see those five couples featured on the Wayward Facebook page and when the plebiscite results are announced on November 15, the couple with the most likes will win the prize.

Philip added: “Wayward will be encouraging their social media fans to like, share, tag and comment on their favourite couple. The couple with the most amount of likes will win the ultimate prize.

“Once the vote has been ruled, and assuming a ‘yes’ vote, the winners will be announced on the Wayward Facebook page. We’ll contact them directly to congratulate them and they can start planning their special day.”

That prize will be a wedding in the Wayward brewery, with the ceremony taking place on the brew floor and Wayward’s giant stainless steel tanks as the backdrop. The prize also includes a $2000 bar tab for guests to enjoy at the reception in the Wayward Cellar Bar.

The Marriage Equality Plebiscite is gaining a lot of support within the industry, as last weekend saw more than 40 pubs across the country taking part in the Equality Weekender, which was aimed at helping patrons to check if they are enrolled with the Australian Electoral Commission so they can vote in the plebiscite.