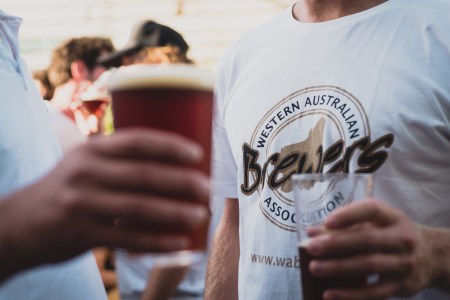 The 17th annual WA Beer Week will be held from 16-25 November, with more than 50 events slated for Perth and beyond.

Brewers from across the state and a handful of interstate guests will open their doors and brewery tanks to share their beers and passion, along with the support of venues who love great beer.

The action kicks off on 15 November with an opening party hosted by new kids on the block Blasta Brewing Co, with the combination of a four-hour beer package, DJs and brewery tours sure to be a hit with punters.

Our Top Beer Venue for 2018, Dutch Trading Co, is the flagship venue for the week, hosting some exciting events and serving as an epicenter for the festivities.

Across the week, there’re events for the beer nerd – like the four-time sell-out event Boatrocker Brewing Palate Cleanser, and the bi-annual Feral Tusk Day – but also plenty for the foodies, with brunches, degustations and dinners (with the requisite food pairing) running throughout.

For those who want to combine a little exercise with their beer, the Bridges to Beer Run is back and once again raising funds for The Movember Foundation. There are also two golf events this year; you can play nine holes with Modus Operandi (NSW) or go for Supa Golf with Mash Brewing (WA) and Ballistic Brewing (QLD).

And for those who love their spirits, there’s not one but two boilermaker events: one with Jameson and one with local distillery, Limeburners.

The full 10-day event calendar is available on the WA Beer Week website. Ticket sales opened yesterday (10 October), so get in quick.