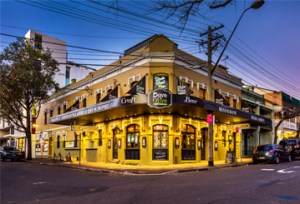 The Dove & Olive in Surry Hills has been sold and The Local Taphouse in Darlinghurst has been put on the market in an eventful week for the Sydney craft pub scene.

The Dove & Olive was put on the market in July last year, and was sold this week for $11.85 million to an emerging pub group borne out of the Murphy family.

John Azar, owner of the Good Beer Company, placed the Dove & Olive on the market  after beginning the transformation of The DOG Hotel in Randwick.

Azar said at the time that he thought the Dove & Olive’s further growth was “probably a little bit limited in terms of where we want to go and what we want to do,” preferring to focus on the synergy between The DOG as a large craft beer hub, and the Keg & Brew, also in Surry Hills.

While already one of the most popular pubs in Sydney, particularly for fans of craft beer, there is still more room for growth at Dove & Olive, with the prospect of a possible rooftop in future, subject to council approval.

While only a short walk from Central station – Sydney’s busiest public transport hub – the construction of a new light rail line through Surry Hills will see trams stop right outside the Dove & Olive once the line is complete. 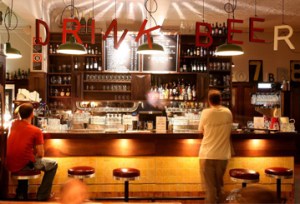 Meanwhile, just up the road in Darlinghurst, the highly awarded craft beer venue The Local Taphouse has been placed on the market.

The Sydney venue is currently ranked fourth in Beer & Brewer Magazine’s annual Top 50 Beer Venues edition and has won a slew of other awards including Best New Bar (2009) and Best Pub (2013) at the Time Out Sydney Bar Awards.

The venue is three levels, with a rooftop beer garden, and has rotated almost 2000 different beers through its sixty beer taps since it opened.

According to owners Guy Greenstone and Steve Jeffares their other businesses – including the new, and rapidly expanding, Stomping Ground Brewing Co – are now demanding more of their time and energy.

“Our Stomping Ground brewery and venue has taken off much faster than we expected and it requires a lot of focus and capital so we are reluctantly letting the Sydney Taphouse go to concentrate on those plans,” says Jeffares.

He also says that he and Greenstone hope to sell to someone who is as passionate about craft beer as they are themselves.

“After the love that we’ve poured into the venue, we want to give it every chance to continue to shine under new ownership and we are certainly hoping to sell it to someone passionate about better beer.”