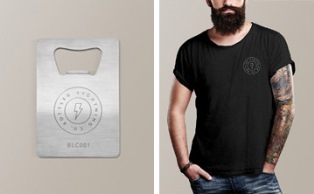 Bottled Lighting Co aims to demystify the burgeoning Sydney craft beer scene through a newly-launched website at bottledlighting.co, which offers detailed information on Sydney cellar doors and a membership program for people with an emerging interest in craft.

The membership pack retails at $50 and includes a bunch of goodies: a hat, tee, individually numbered bottle opener membership card as well as a Time Out Sydney Pub Guide. But the feature item is a glass growler that can be redeemed at participating brewery doors.

Member benefits also include preferred access to a monthly event and a quarterly badge draw where the winner gets to brew their own beer with one of Bottled Lightning Co’s partner brewers: Riverside Brewing Co, Batch Brewing Co., Rocks Brewing Co and Young Henrys.

According to Time Out Australia founder Michael Rodrigues, “We’ve had an amazing reception to Bottled Lightning Co with more than 200 membership signups in the first three weeks since launch. Our aim is simple: to connect people who want to drink good quality, locally produced beer, with the craftspeople that are making it. The growler and membership program acts as a passport to better beer and unique, fun and social experiences.”