Thunder Road Brewing Co has publicly released a letter they have written to Senator Christine Milne – newly announced as joint Number One Beer Enthusiast by the CBIA – regarding some “practical areas” which the brewery believes they need assistance in from the Greens Party.

In particular, Philip Withers, CEO and author of the letter, mentions a proposal that was blocked by members of the local council who are also members of the Greens Party.

A media spokesperson for the Greens says that they are investigating the
letter and taking Thunder Road’s concerns very seriously. However, it was noted that the current Greens Party council member is Samantha Ratnam, who was voted into her current position in only October last year, meaning that this was more than likely not a decision she had voted on.

Senator Milne is currently in Perth and as such unavailable for immediate comment.

CBIA chair Brad Rogers says that while the CIBA sympathises with Thunder Road,the way forward is to educate the wider community and communicate with politicians like Senator Milne, who has always shown a strong interest in the craft beer sector.

“Although Thunder Road are not members [of the CBIA] we are very supportive of their
endeavours in obtaining the council approvals they seek,” says Rogers. “Unfortunately many new breweries encounter planning approval
issues.It is our hope that the Craft Beer Industry Association’s efforts in
educating the wider community about the benefits of the craft beer industry will
help ease the way for those that follow. Part of that education process is working with politicians like Senator
Milne who champion the Australian craft beer industry on the national
stage.”

Mr Withers’ letter throws into sharp relief the issues and prejudices that are still faced by small brewers around the country when it comes to building a successful business. 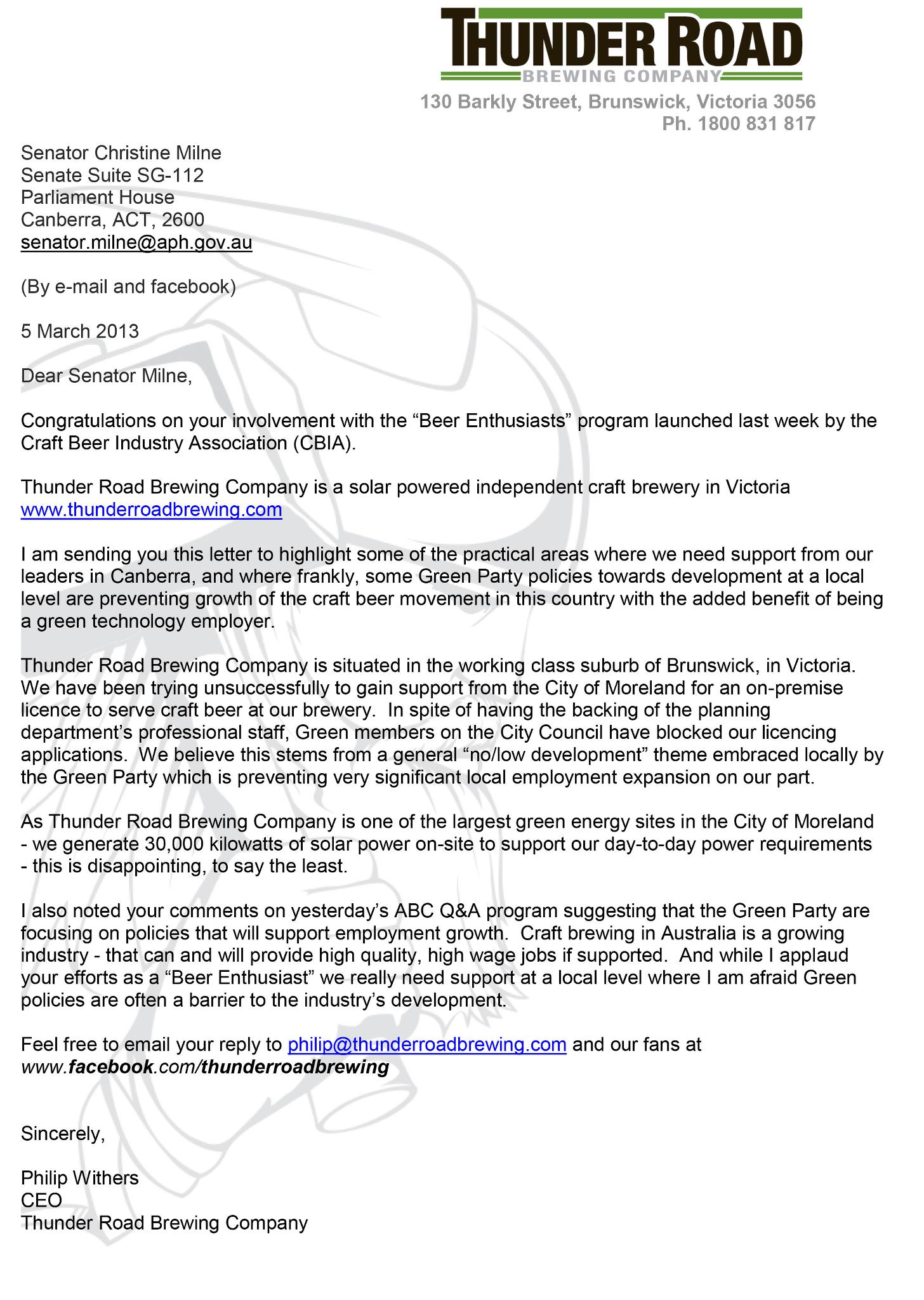 Beer & Brewer has written to Senator Milne to express our support of Thunder Road and we hope that the Greens will do everything they can to help the company open its on-site bar.