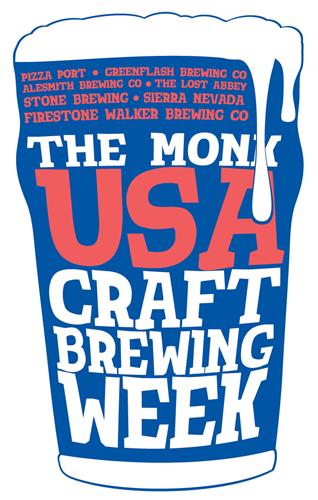 For the very first time, The Monk is proudly launching The USA Craft Beer Week.

Australia is a beer loving country, and The Monk would like to further cultivate the palette’s of the masses, with a giant offering of tasting’s and treats from a handpicked selection of American craft breweries.

Alongside the daily tappings will be an event series including Meet The Brewers, Beer BBQ’s, Workshops and an opening and closing event.

More information will be forthcoming in the following weeks and months.