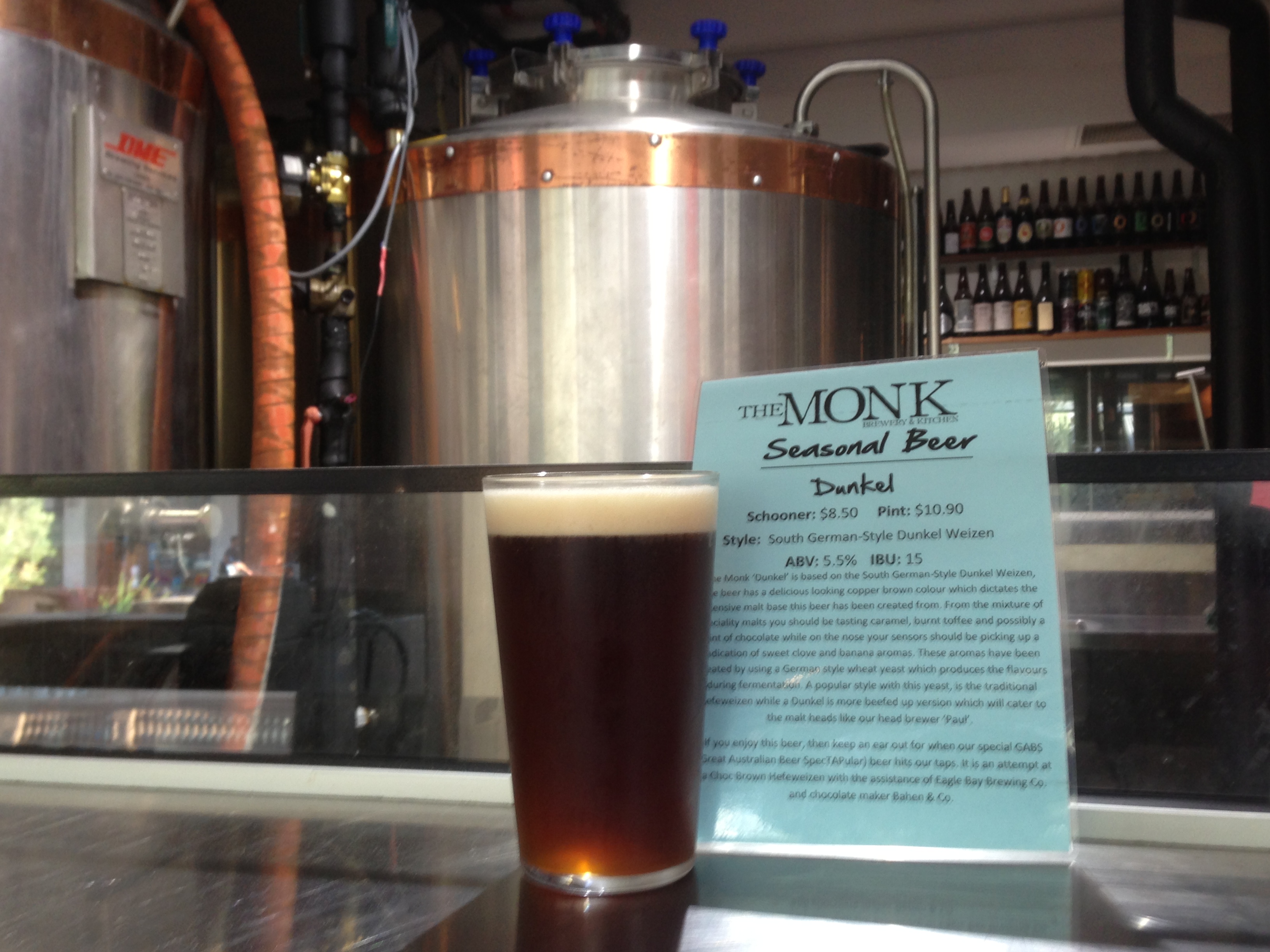 The Monk has confirmed the release of their new seasonal brew, the
Dunkel.

Based on a South
German-style Dunkel Weizen, the brew is coppery brown due to the extensive specialty malt basethe beer has been created from. With reported hints of caramel, burnt toffee and a touch ofchocolate, the beer also retains the traditional mild sweet clove and banana aromas due to the due of a German-style wheat yeast.

A heavier, maltier version of the Hefeweizen style, Dunkel will appeal to malt lovers, but not for long as it is only available in-house until stocks run out.