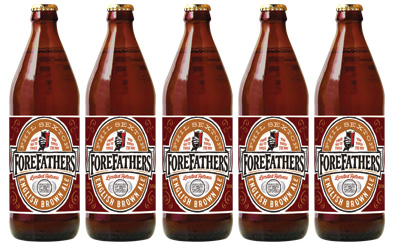 Paying homage to the pioneers who have paved the way towards today’s burgeoning beer industry, Stone & Wood has launched an annual limited release series called Forefathers.

For the first release, Stone & Wood invited brewing legend Phil Sexton and his son Harry to join them in Byron to brew a beer that Sexton loves. As an entrepreneur, brewer and co-founder of Sail & Anchor, Matilda Bay and Little Creatures, Sexton is a trail blazer. Influenced by his time spent in the UK and US, Sexton was instrumental in leading Australia into a beer revolution.

The beer combines Maris Otter Pale English malt with select crystal and caramel varieties for a rich and dry nutty backbone. This is backed up by a generous but refined bitterness and hop character that hints of cinnamon, spice and blackcurrant.

The Forefathers English Brown Ale (4.8% ABV) is a testament to the style and the man who inspired it.

The beer is available across the country this week in bottles and in kegs. For a full listing, click here.