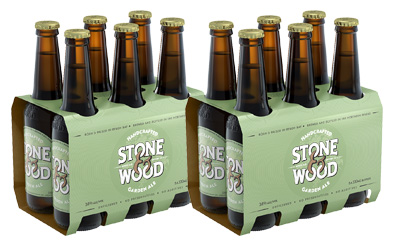 Garden Ale has joined Pacific Ale, Lager and Jasper Ale in Stone & Wood’s core range of beers as of this month.

Brewed with a blend of pale and crystal malts and both kettle and dry hopped with Ella, Garden Ale has a citrus aroma balanced with a clean malt character and easy bitter finish. At 3.8 per cent ABV, it’s a brew designed to be sessionable.

Originally launched in 2012, the recipe has had a change-up, with Ella hops taking the place of juniper berries. The Ella hop creates a calm peachy roundness with gentle grapefruit smoothness.

Stone & Wood said in a statement: “We held off releasing it further than our backyard beyond the balmy months until we knew we had the capacity. For us good things take time, but this was a hard decision as we knew both punters and our good customers were keen to drink and serve a sessionable beer that doesn’t compromise on flavour.”

Garden Ale is available nationally both on tap and in bottles with a RRP $19.99 per six-pack.