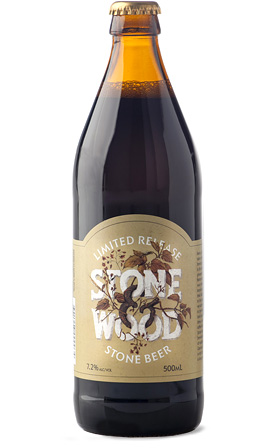 Brewed like the beer of ancient times, Stone & Wood’s Stone beer has been brewed for the fifth time at their brewery in Byron Bay.

The popular limited edition is apparently set to follow in the same vein as last year’s brew, which was a darker and more bitter style that featured a higher alcohol content.

Also like last year, the brew will be available in ceramic bottles – a move that the brewery says was triggered by fans’ decision to begin cellaring the bottles for comparison.

Literally brewed with hot stones, the technique is supposed to imbue the beer with rich
toffee like flavours.