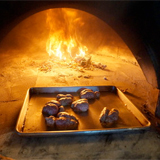 So… if you’re a fan of the zombie-based TV show “The Walking Dead”, and you love unusual beers, then you probably should have been in Philadelphia this week.

Reason being that the brewers at Philadelphia’s Dock St Brewing Co are huuuuge fans of the show, and to celebrate the season finale that aired in the US this week, they brewed and launched a beer in honour of the humble zombie – a beer made with cranberries and roasted goat brains.

They describe it as “Fuggle hops provide delicate, earthy notes, while the cranberries create a sinister, bloody hue, and a slight tartness. The pre-sparge-brain-addition provided this beer with intriguing, subtle smoke notes. In true walker fashion, don’t be surprised is its head doesn’t hang around forever.”