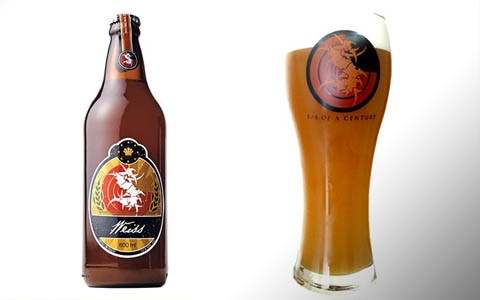 Following in the footsteps of bands such as Kiss, AC/DC, Clutch, Motorhead, Slayer and Mastodon, Brazilian metal band – anyone else sensing a theme here? – Sepultura has released an alcoholic beverage to commemorate 25 years in the music industry.

The legendary music group’s beer is reportedly a Weiss Bier that has the “aroma and flavours of banana and clove from a special strain of yeast that produces the chemicals that lead to these perceptions”.

Packaged in a box that resembles a guitar amp, the beer is produced in Brazil and comes complete with a commemorative glass.

However, it seems that Australian fans will have to plan a trip to Brazil to get their hands on the anniversary brew.