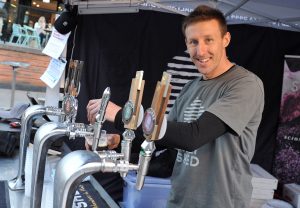 A collaboration between Visit Albury/Wodonda and the organisers of Great Australian Beer Festival (GABF) has led to the release of a regional craft beer trails map.

The touring map has been released in time for the second annual Albury Festvail, which takes place on 1 December.

It features the unique geography of the region and highlights the growing number of independent breweries there, taking visitors along the river, through Kelly country, valley and mountains and then into farming country through the Riverina.

According to festival director Kieran Blood, the idea for the craft beer trail was inspired by the success of a similar trail he and his team helped to establish for the Geelong, Bellarine and Surf coast region to coincide with their fifth annual GABF in Geelong.

“We wanted to help promote local breweries and provide the many out-of-town visitors to the festival the opportunity to better plan their stay in the region,” explains Blood. “It was a great success, with local tourism bodies getting on board to further develop the concept leading to the printing and distribution across the region and at the festival.”

“Beer has gone beyond simple amber fluid,” adds Sue Harper, tourism team leader at AlburyCity. “The creativity and diversity being brought to the brewing that’s going on is delivering incredible flavours, and the region is lucky to have excellent operators with quality product that appeals to this new beer market.”