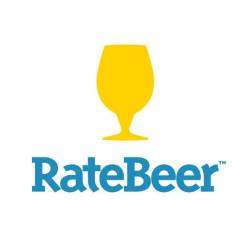 Beer tasting app RateBeer is expanding in Australia as it introduces new features for locals as part of a global testing strategy.

The improvements are intended to simplify the journey from ‘search to sip’ and make it easier for Australians to find and enjoy their favourite beers. When it is launched in December, Australians will be able to buy rare and highly rated beers through retail partners via the website, with additional enhancements including the introduction of push notifications and a clearer rate and review system.

The team in Australia is headed up by business lead Douglas Mitchell. Andrea Ruff is leading the tech team, while marketing manager Tiffany Waldron is a Certified Cicerone, with craft beer industry experience in festivals and beer education.

“RateBeer is dedicated to growing the beer market and finding new and innovative ways to ensure consumers always end up with a beer they love,” comments Joe Tucker, co-founder of RateBeer. “We’re incredibly excited to be bringing these great new features to Australians and working with the beer community. They will simplify the journey from search to sip and help take our website, and the Australian craft beer experience, to the next level.”

“Being part of the AB InBev family, we are very separate from the core business,” says Mitchell. “My team is fiercely independent. We’ve got a lot of commercial backing, we get support from the engine, if you will, to be able to remain independent and also build our new features and functionality for our users, which is really the big advantage.”

Australia is RateBeer’s fourth biggest market globally, which Mitchell believes makes it the perfect testing ground for the new developments. The company already has over 10,000 Australian beers logged from hundreds of breweries.

“We’ve got a really strong, growing craft market in Australia,” he says. “It’s really positive. We’ve got users who are digitally savvy and connected, and the other thing we’ve got its a pretty solid retail market and good relationships between retailers and the brewers, which just adds to the value.

“It’s more about providing a platform for beer lovers and creating an environment where people can share their thoughts on beers and have their opinions and voices heard. We’ve got a significant amount of users to test things with. We want to go out there and drive awareness about the platform, gather feedback and make improvements for people on the platform.”

“What we’ve found is users like to keep track of the beers they’re drinking,” says Mitchell. “They do that in a number of ways. The value of tracking beers is one of the many reasons people choose to interact with beer. People are also looking to find out the next thing that they want to try.

To celebrate the launch, RateBeer is holding holding events in Melbourne’s Carwyn Cellars on 28 November, and at Odd Culture at the Taphouse, Darlinghurst, on 29 November.