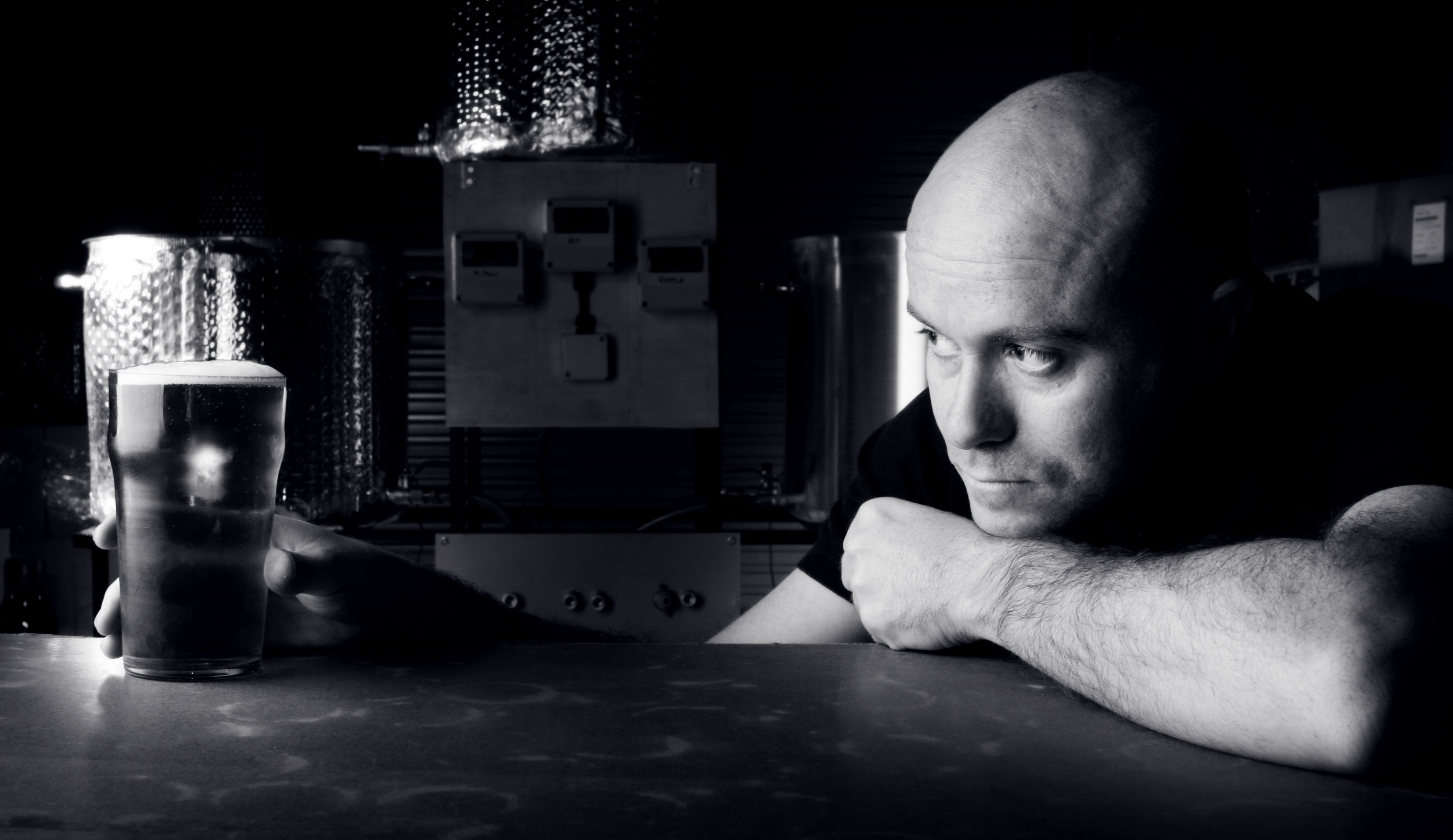 A self described hobo-brewer, Steve Henderson – or Hendo – has just kicked off operations under his own label: BrewCult. A commercial brewer by trade he is gearing up to launch one of his first beers at GABS.

First things first, why BrewCult for the name?

I settled on BrewCult as the brand name because it was a good fit with the styles of beer that I want to create, with the “Cult” part being akin to cult-film or cult-comics. I’ll be creating cult-beer rather than treading the well worn path of creating so-called “gateway” beers.

You’ve got a fair bit of experience, where were you brewing before?

I’ve brewed a lot of different beers for quite a few brands and breweries. After a brief stint at Murray’s, I spent 2 years at Prickly Moses (Otway Estate) then about a year at Southern Bay Brew Co where I was Head Brewer. Southern Bay is a pretty big contract brewer so at the time I was brewing beers for the likes of Two Birds, Hawthorn, Boatrocker and Killer Sprocket to name a few.
It amazes me sometimes the number of beers that I have “touched” over the years (and by “touched”, I mean having developed or brewed the beer on behalf of other brands). I was stewarding at the AIBAs last week and I counted about 40 beers that I had touched at various stages throughout my brewing career. That’s about 2% of all the entries – it’s pretty humbling stuff!

I’ve grown to really enjoy the product development aspect of brewing. I love coming up with a new idea for a beer, from its recipe through to it’s name and how I think the imagery/label should look that would complement each beer.
Whilst I’m extremely proud of the beers that I’ve put out for other brands in the past, my creativity was bound by the “personality” of that brand and not veering too far away from each brand’s respective customer base.
BrewCult gives me the opportunity to do many of the beers that I’ve had on the back-burner for years – recipes I already have in therepertoirethat are yet to see the light of day. These beers will truly reflect my brewing style and I plan to take craft beer lovers on an awesome journey.
I make no secret that my style influence as a brewer is firmly North American – I love the innovation that’s going on there across so many styles. To name just two US breweries an influences I would like Lagunitas and Dogfish Head but there are too many more to name. Closer to home, I’m loving the work coming out of Bridge Road, Yeastie Boys, Garage Project and Murray’s to name just a few.

According to your blog you call yourself a HOBO brewer as opposed to a gypsy brewer – care to explain?

Ha ha yeah it’s a toungue-in-cheek acronym I’ve coined – H.O.B.O. stands for Hybrid Outsourced Brewing Operation.
I’ve taken the standpoint of choosing to own the tank capacity in other host brew houses rather than go full gypsy brewer and not own any equipment. Here in Australia, excess production capacity is very limited so by owning the tanks, I can ensure that I have access to sufficient production capacity to meet demand.
Also – it’s very important to me that hoppy beers in particular are produced aslocallyas possible to the consumer so that they are drunk super-fresh. You may see BrewCult set up capacity in a number of locations to achieve this.
Having been a Head Brewer at a contract brewery, I don’t understand the stigma that some people associate with contract brewing, provided that the brand is open and discloses that they contract brew or outsource. It’s all about quality beer at the end of the day and where it’s made shouldn’t come into question.

You own a tank at the Cavalier brewery how did that come about?

Well I’ve worked very closely with the Cavalier guys for about three years now. When they started out they were brewing tiny 100L batches of their beer in their garage in Melbourne. They pretty quickly hit capacity and supply issues so they approached Otway Estate where I was brewing at the time. The owners of Otway Estate chose to let them brew some batches there so I helped them scale up their recipes to 1100L per batch and trained them up on the basics of commercial brew house operations.
Their beers are pretty awesome and it’s been great to see their business grow from strength to strength to the point that they have just commissioned a brand new brewery in Melbourne’s West.
When they proposed the idea of co-locating production at their brewery, it was a no-brainer so I signed up for a 3000L tank. We have a great level of mutual respect for each other and I look forward to working with them.

What will you be brewing and where will punters be able to get it?

The first two beers will be “Hop Zone” which is a 5% Session IPA which is brewed with Simcoe, Nelson Sauvin and Galaxy and “Acid Freaks” which is a 7.5% Balsamic Baltic Porter brewed in collaboration with my brother, Ian, who is a craft vinegar maker in QLD. Acid Freaks is also my beer for GABS though it will be available in bottle after GABS.

Hendo’s brother Ian with his craft vinegar.
After that, I have a lot of beer series lined up and each of these series will revolve around a theme, beer style, brewing technique or ingredient list.
There are also some high ABV beers that will take some time to produce.
The first batch of Hop Zone will be out in early May and because it’s only 1000L, there won’t be much to go around so I can’t see it going too far. But hopefully as my production capacity increases that I can get more beer out to loads of venues and bottle shops. Keep an eye on Twitter, Facebook or our email list to get the latest outlets.

Having some fun and being interactive with the craft beer fans. I get loads of feedback from the punters of beers that I should try and brew and whilst not all of them would work on a commercial scale, there are some pearler ideas out there.
I keep a notepad next to my bed. Sometimes in the middle of the night a beer idea will come to me and I need to write it down straight away so I don’t forget.
Also, having a cool name for the beer is very important. Each beer should have it’s own unique personality and create an experience for the punters. I love getting feedback through talking to the craft beer fans in person as well as on social media and Untappd.

What else do you hope to achieve with your company – apart from world domination?

World domination eh….I reckon a bald guy like me would wind up looking like Montgomery Burns from the Simpsons as I grew old if that happened. *rubs hands together* Eeeexcellent.
What I really want to derive from BrewCult is to have some fun, make and drink good beer for and with good people, travel, collaborate and continuously learn.