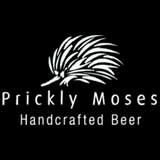 The team at Prickly Moses has announced a brand new beer that they’ve dubbed Nigella – and it sounds like it could be a very interesting brew indeed. Head Brewer Luke Scott describes it as a Sour Coffee Stout, and tells us that it’s been barrel-aged in Hunter Valley Shiraz and Victorian Madera barrels for 12 months.

During the racking process, coffee was added directly to the barrels (similar to dry-hopping). The coffee was sourced from Capra Coffee in Geelong, Victoria – and the beans that made the grade for use in the beer were hand-chosen by Luke Scott and Senior Roaster / Owner at Capra Coffee, Steve Maddern.

Luke admits that Nigella isn’t going to be everyone’s cup of tea, but says they will be proudly showcasing the new brew as part of Good Beer Week in Melbourne in a few weeks.

For more information, check out the Prickly Moses website