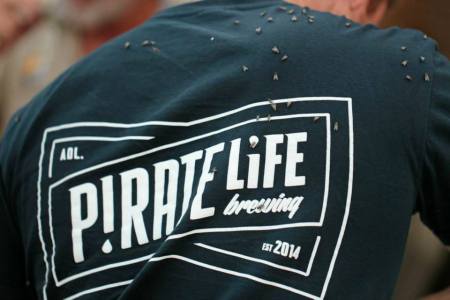 The results of the 2017 Australian Craft Beer Survey have been released, revealing Pirate Life as the most popular craft brewery and underlining the importance of independence when it comes to drinkers’ beer selection.

Created by craft beer retailer Beer Cartel, it is the most comprehensive, publicly available study ever undertaken with Australian craft beer drinkers, with 17,000 people taking part.

Key results include Pirate Life being voted Australia’s best craft brewery, ahead of Feral Brewing which took out the top position in last year’s study, and the importance of brewery ownership, with 64 percent wanting to know who owns the beer that they’re drinking.

Cementing the importance of independence, 82 percent of those surveyed also expressed their interest in a seal to identify whether a beer is from an independent Australia brewery.

And once again, Pale Ale reigns as Australia’s most consumed style, being enjoyed by 92 percent of craft beer drinkers Australia-wide.

Richard Kelsey, Director of Beer Cartel said the findings were a reflection of the attitudes of those who purchase craft beer.

“Craft beer is an artisanal product that is produced by skilled workers using the best ingredients possible. There is a story behind the beers and the brewery that makes them. Independent ownership is a part of this story that drinkers buy into,” said Mr Kelsey.

“We’re seeing consumer backlash when small breweries sell out to a large corporations worldwide. An Australian example was the displeasure voiced when Perth’s Little Creatures was bought by Lion in 2012. As a result these findings are not altogether surprising, but the difference in willingness to buy craft beer from an independent brewery compared to a large corporation is.”

Chris McNamara, Executive Officer at the Independent Brewers Association (IBA) said that the study was a great way to better understand consumer perceptions towards the Australian craft beer industry, particularly around the topic of ownership.

“Earlier in the year we made a change in our constitution to only allow breweries that were independently owned. This change was made to support our member base and the objectives of the association, but it is also refreshing to see that consumers share the same viewpoint”, said Mr McNamara.

For the full results of the 2017 Australian Craft Beer Survey, click here.