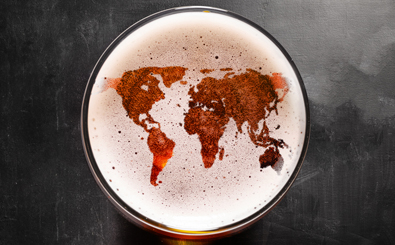 Swedish brewery Spendrups surveyed brewers from around the world and found that the future is characterised by a more nuanced flavour profile, and low alcohol content.

The survey asked  73 brewers from 14 countries about the status of beers in aspects of taste, alcohol content, ingredients, packaging and brewing philosophies.

Over the past few years we’ve seen the beer market dominated by heavier beers, emphasising a more powerful taste experience. But according to the panel of brewers surveyed, that is going to change.

The State of Beer report found that the current landscape of beer is characterised by a lust for experimenting. Among the brewers surveyed, there is a certain pride in producing the purest, most natural beer possible. 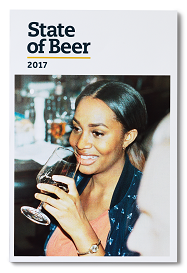 If it were up to the brewers to produce a beer solely based on their own preferences, the majority responded that they would add nothing at all. Additionally, six out of 10 brewers stated that they would place a smaller emphasis on taste explosions in favour of more nuanced taste profiles in the future.

Leif Börjesson, Marketing Director at Spendrups said: “The landscape of beer is constantly changing, and the State of Beer project was initiated because we wanted to know more about how brewers around the world view today’s and tomorrow’s beer. In the past decade, a kind of ‘the more intense the flavour, the better’ mentality prevailed, but now we are seeing a greater emphasis on more nuanced flavour profiles.”

Richard Bengtsson, Master Brewer at Spendrups, said: “Traditionally, a certain alcohol content has been seen as a prerequisite for making a flavoursome beer, but that perception has now been challenged. Among breweries, producing a flavoursome, low alcoholic beer content, has started to become a sign of quality. In a not too distant future, consumers will most likely be unwilling to compromise the taste experience when choosing lower alcoholic content alternatives.”

Among the brewers that have been in the industry for less than 10 years, twice as many believe that sour beer will increase in popularity in comparison to more seasoned brewers.

The brewing panel consisted of 75 people from 14 countries. The majority of the panel members are from Germany, Sweden and the United Kingdom, but breweries from the USA, Turkey, Spain, the Faraoe Islands and Venezuela were also represented.

Most of the participants work at breweries which produce up to 50,000 hectolitres of beer, and are either master brewers, brewers or have a management role. The brewers were interviewed through a quantitative survey by email. In addition to the brewing panel, eight experts, of which five are beer experts, have been interviewed on the future of beer.