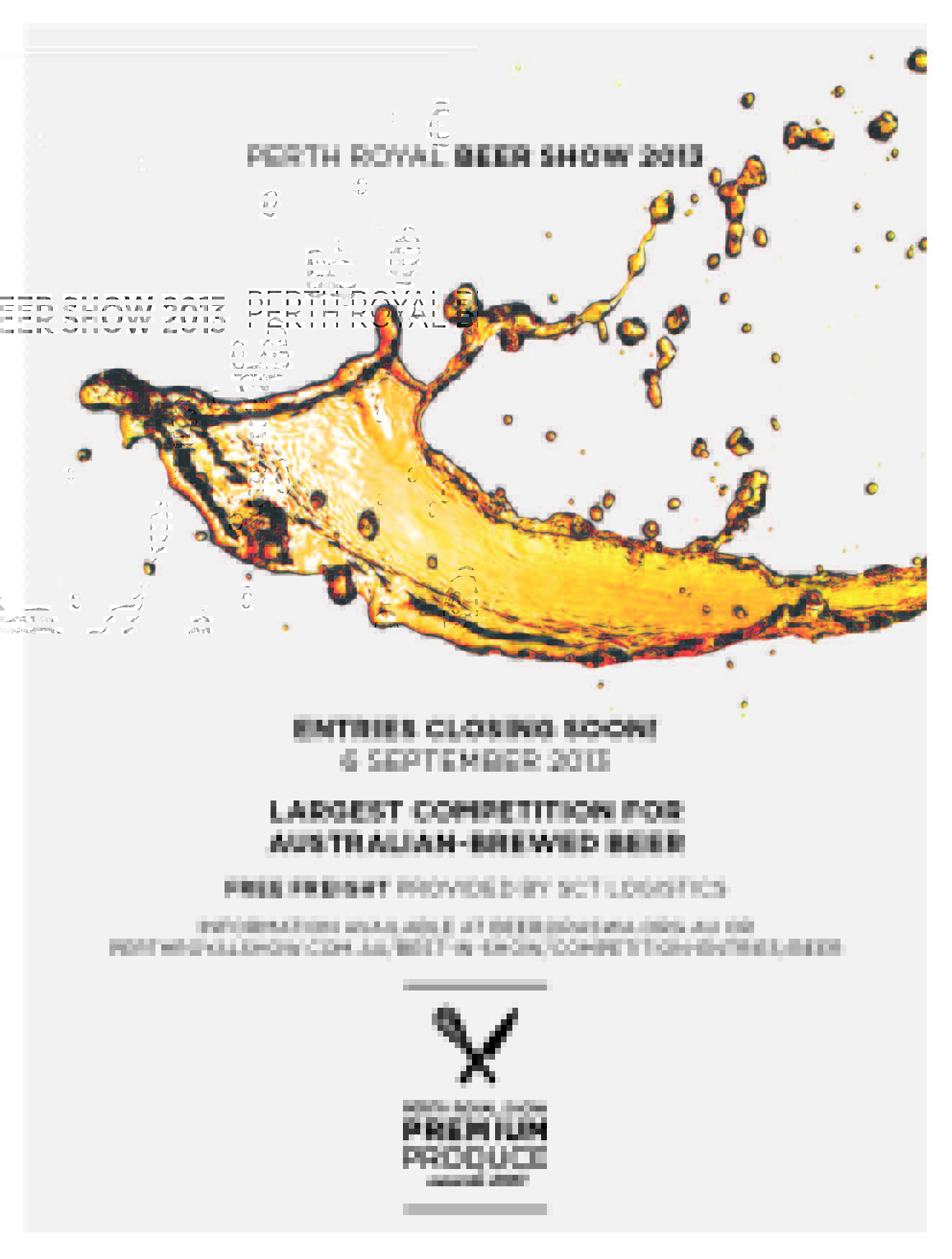 Entries for Australia’s premier beer competition for beers brewed in Australia are set to close in just over a week.

The organisers of the Perth Royal Beer Show have a free-freighting option for interstate commercial brewers, with drop-off points in Sydney, Melbourne and Adelaide, making it easier than ever for interstate brewers to ensure their entries are delivered in peak condition.

For those looking to attend WA Beer Week in November and to try some of the Perth Royal Beer Show winning beers, a range of events will be taking place – visit www.wabeerweek.com.au/events for more information.