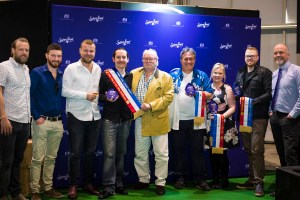 The titles have gone to five different breweries, with one Champion each from South Australia and Victoria, and three from New South Wales’ craftiest breweries. All had one thing in common – to produce the best brews possible for beer and cider enthusiasts across Australia. With an increasingly savvy drinking public, brewers are paying more attention to the little things in order to quench the thirsts of consumers.

Waning loyalty means drinkers are always eager to try a new brew and keenly aware of exactly what makes a great beer. Wondering which beers will adorn their label with 2018 Sydney Royal Champion artwork?

The success story of the Show was Nelson Bay’s Hope Brewhouse – picking up the Champion Experimental or Specialty Beer for the second year in a row with their Barrel Aged Extra Stout. A dark, moderately roasty and strong brew with notes of chocolate, caramel and dried fruits, this brew is aged in Hope Estate oak wine barrels, adding moreish flavours of vanilla, mocha and spice.

“It feels fantastic,” commented Michael Cameron, co-founder of Pirate Life, on his win. “It’s always great to see the hard work that the team put in day in day out at the brewery being recognised by their peers at Sydney Royal. Mosaic hop has always been a favourite hop of Red, our head brewer. It’s has always been a staple in our Pale Ale and he thought that it as a stand alone hop might work well.”

Head to www.rasnsw.com.au/australiasbestproducers to discover the new brews you should be drinking!