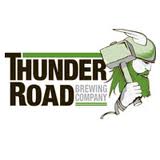 Philip Withers, Chief Executive and founder of Thunder Road Brewing Co has announced that Colin Paige has now started with the brewery as the new Head Brewer/Brewmaster.

Paige is the ex-Brewmaster for Archipelago brewery (APB) in Singapore and will be responsible for the Australian and Global Brewing operations at Thunder Road. With a Brewing & Distilling (Hon) degree from Heriot Watt University in Scotland, Paige has previously brewed for Fullers (UK), Hop Back (UK) and Mac’s (NZ).

Paige has also been the Asian news correspondent – a position that Michael Jordan, Brewmaster at Boxing Cat Brewery (Shanghai) will now be taking over – and a tasting panellist for Beer & Brewer.