Nelson is stamping it’s ground as the craft brewing capital of New Zealand, with the launch of the Nelson craft beer trail and map.

With ten breweries, twelve brands of beer, and the only region in New Zealand where hops are grown commercially, Nelson is quite deserving of the title of New Zealand’s craft brewing capital. The region also has a long standing history of beer brewing and arguably has the most number of craft beer taps in bars per head of population. 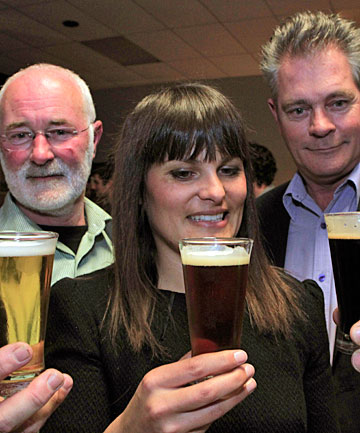 The Craft Brewing Capital of New Zealand Incorporated, a society set up to promote Nelson as New Zealand’s main craft beer region, have decided to promote this with the release of the Nelson craft beer trail and map. Members of the society include Doug Donelan (from New Zealand Hops) as chairman, the breweries and the craft beer outlets. The map not only provides information about the breweries and the history of brewing in the region, but also the outlets, annual events, and supporters.

Beer is very much central to the local culture of Nelson/Tasman, and craft breweries of all sizes can be found across the sunny region, from Founders Heritage Park to Onekaka in Golden Bay. The trail offers locals and visitors alike the opportunity to discover and explore the many breweries throughout the region, many of which are locally owned and family run, and offer tours and samples. The beer trail is the perfect opportunity to learn about the region’s history and experience a wide range of unique beers.