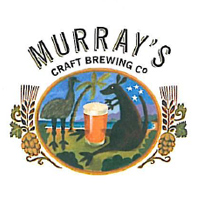 Murray’s At Manly will see Murray’s full range of craft brews on tap for the first time at a major capital city location, companioning a 250-seat restaurant. Brewery founder, Murray Howe, says he is excited about the opportunity to promote craft beer to Sydney’s beer-loving public.

“We hope to create an iconic craft beer venue right on the beach at Manly. It’s taken months of looking, but we’ve finally decided on the El Poco Loco site at 49 North Steyne in Manly. Manly is a tightly held restaurant precinct and to secure 700 square metres of beachfront space is a real coup for our company,” he said.

“A key part of our offering will be to replicate the great success of our Brewery Restaurant in Port Stephens, where beer and food matching is an integral part of the Murray’s experience. We’ll be introducing a new, modern menu with an emphasis on quality seasonal ingredients cooked simply, but done well, and designed to match beautifully with craft beer,” said Murray.

The new venue will also look to promote other small Australian craft brewers by providing an opportunity to showcase their beers on tap in a location that might otherwise be unattainable for them.

“The big brewers control most of the taps in Sydney, but the time is right for a major change in the way Australians drink beer. Flavour and fun is what great craft beer is all about – handcrafted with love and passion, and presented to people in an authentic way,” he added

Murray’s beers are on the menus of many of Sydney and Melbourne’s top restaurants, and served at leading craft beer venues and retailers across the country.

Murray’s At Manly will continue operating the existing restaurant as-is in the short term. A full line-up of Murray’s beers will be available from day one. Winter will see a complete refurbishment of the existing operation and the introduction of a new menu. Trading will continue throughout.

Murray’s At Manly craft beer house and restaurant will trade 7 days per week, from 7am until late, from 16th May 2011.