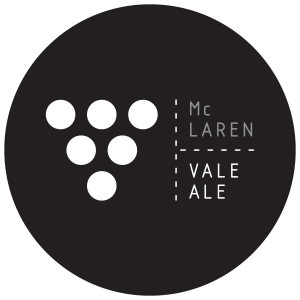 The votes have been counted, the results for The Local Taphouse’s Hottest 100 Craft Beers of 2010 poll are in and McLaren Vale’s Vale Ale has finally ended Little Creatures Pale Ale’s two-year reign as #1 hottest craft beer of the year.

Brilliantly utilising social media and its extensive email database, McLaren Vale ran a great campaign and came out on top as a result. Little Creatures Pale Ale remains phenomenally popular while Stone & Wood’s Draught/Pacific Ale came in with a bullet (as Molly Meldrum would say) to third position.

As the number of voters around the country skyrocketed beyond the hardcore craft beer fans, it is not surprising that some of the more widely distributed craft beers are rising to the top. But there are some wonderful exceptions. Feral’s Hop Hog IPA and Kooinda Pale Ale enjoyed a staggering rise in popularity, the latter particularly notable given its humble beginnings in a Melbourne garage only a few years ago. Further down the results makes for captivating reading as some one-off beers received strong support despite their very limited availability.

This year’s count had a staggering three times as many voters as last year (which was double the first year) and nearly 500 different beers from across Australia received votes. People from all around the country voted, confirming that an ever growing number of craft beer lovers are enjoying the fun (yet challenging!) task of listing their 5 favourite craft beers of the year. Reading on www.craftypint.comhow hard beer industry folk found it to name their favourite 5 beers of the year made us all feel much better about how long it took us to cull and organise our lists!

From tiny breweries, to those on the larger side that just scrape into the ‘craft’ definition, and everything in between, 2010 saw votes for beers from VIC, TAS, NSW, SA, QLD, WA and ACT. Just about every imaginable style attracted votes with punters showing their fancy for hoppy Pale Ales and IPAs together with Hefeweizens, Stouts, and Porters.

Being a fun ‘People’s Choice’ list as opposed to a ‘Critics Choice’ list meant everyone was in with a chance and, like McLaren Vale, canny breweries took the opportunity to mount campaigns for their beers and get friends, family and customers alike to vote for them. A new book is being published in a few months listing Australia’s top beers according to critics and industry figures. It will be interesting and fun to compare the two lists!

A huge thanks also towww.craftypint.com for sponsoring the 2010 poll. I, for one, read with great interest what beer industry identities considered their favourite 5 beers of the year and rarely was their consensus. It was also fascinating to read the stories behind top ranking beers of recent years’ polls.

So, without further ado, here are the Hottest 100 craft beers of 2010 as voted by a huge number of craft beer lovers around Australia. The randomly picked voter who will win a case of each of the top 5 available beers is Leigh Camilleri (VIC). Lucky man!